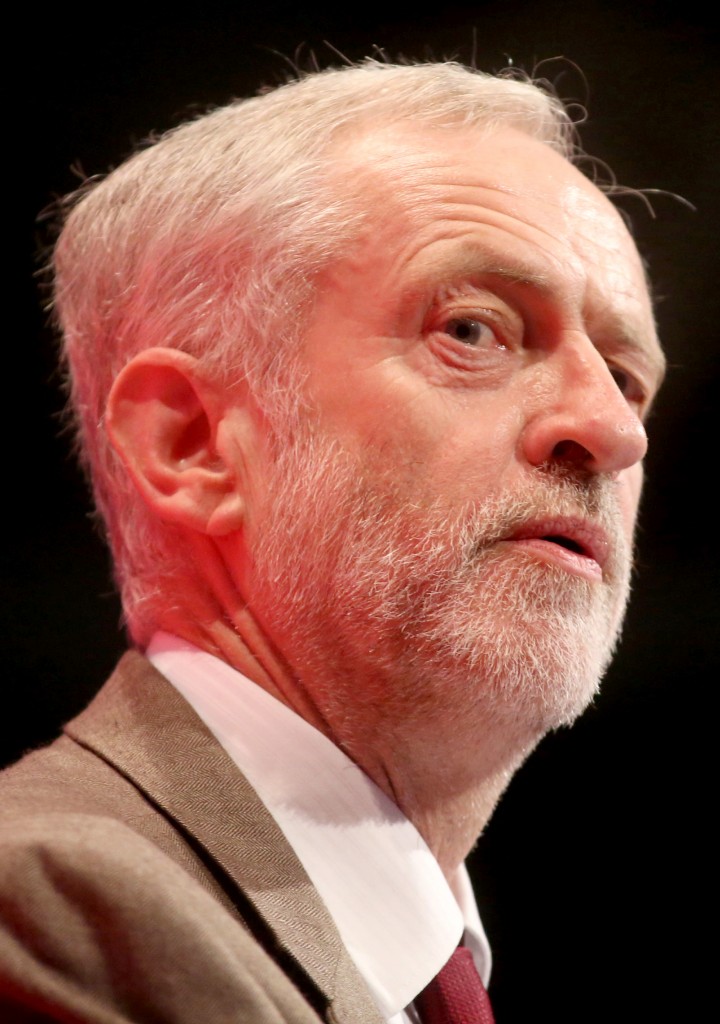 Jeremy Corbyn, the leader of Britain’s Labour opposition, risks slumping from defeat to ignominy as he faces his first electoral test hours after losing a vote on military action in Syria that laid bare the divisions in his party.

Prime Minister David Cameron, fresh from winning the House of Commons vote on extending airstrikes against Islamic State to Syria, will travel to Bulgaria for talks on Britain’s future in the European Union as Corbyn braces for the results of a special election taking place Thursday in Oldham, northern England. There, polls show his “new politics” is being challenged by the anti-immigration populism of the U.K. Independence Party in a district his party held with a 34 percentage-point majority in May.

“If Labour lose in Oldham it will have entered an existential crisis out of which there may well be no escape,” said Steve Fielding, professor of politics at the University of Nottingham. “It will prove UKIP have strong appeal to Labour’s traditional working-class support while the party still can’t win over middle-class voters.”

The House of Commons voted by 397 to 223 late on Wednesday to extend Royal Air Force bombing of Islamic State beyond Iraq after Cameron argued that that the Islamist group was using its bases in Syria to direct attacks outside its heartland. Corbyn, who opposed the action, was forced to allow his lawmakers to choose how to vote after senior figures in his party threatened to resign.

The result of the parliamentary vote, which was welcomed by President Barack Obama, enabled Britain to join nine nations from Australia to Jordan that have bombed Islamic State in Syria. Domestically, it further bolstered the prime minister as he confronts an opposition that is divided.

Those splits were emphasized in the 10 1/2-hour debate as a former Labour home secretary, Alan Johnson, attacked the “self- righteous certitude” and “finger-jabbing” of Corbyn’s supporters. He predicted that they would “soon be contacting those of us who support the motion tonight,” in a reference to the bullying of Labour lawmakers.

Labour’s Shadow Chancellor John McDonnell, asked about incidents including an anti-war protest held outside the home of lawmaker Stella Creasy, and threats that lawmakers would be “deselected” from the district they represent, said there was no place in the Labour Party for bullying.

“This is not acceptable on either side,” McDonnell told BBC Radio 4’s “Today” show on Thursday. “I had a death threat the other day for not voting for the war.”

Corbyn, in his speech urging lawmakers to oppose Cameron’s bombing plans, said that public opinion was “moving increasingly against what I believe to be an ill-thought-out rush to war.” Every lawmaker “should be aware of what constituents’ and public opinion is,” he said.

Corbyn will get an early taste of that public opinion in Oldham West, where the by-election was triggered by the death of his socialist colleague Michael Meacher. The U.K. Independence Party in the district has sought to exploit criticism that Corbyn is weak on terrorism and lacks patriotism. Corbyn declined to sing the national anthem at a commemoration of the Battle of Britain.

“He’s toxic, anti-British and anti-patriotic,” UKIP candidate John Bickley told the Manchester Evening News on Monday, referring to Corbyn’s cancellation of a visit to the district that Meacher had held for Labour since 1970. “If I was their candidate, I’d be telling them to keep him as far away from the constituency as possible.”

Corbyn’s predecessor as Labour leader, Ed Miliband, who engineered a House of Commons defeat for Cameron over bombing government forces in Syria in 2013, also voted against the attacks, though Corbyn’s own foreign-affairs spokesman Hilary Benn spoke in favor.

“He’s an honest, decent, principled and good man,” Benn said of Corbyn in a speech to lawmakers at the end of the debate, as he prepared to defy his party leader and vote with the government. “I’m proud to speak from the same despatch box as him.”