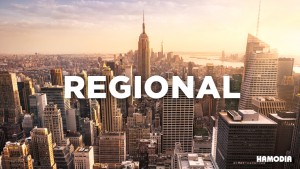 A man claiming to be a Muslim and yelling “I’ll kill you!” punched the manager of an Upper West Side Jewish bookstore on Monday afternoon, police said

The manager, Salmon Salczer, 52 told police that he saw the man walking back and forth and screaming outside the West Side Judaica and Bookstore at 2412 Broadway about 1 p.m. When Mr. Salczer went outside to see what was wrong, the man, about 20 years old, yelled an expletive and “Jew, I’ll kill you. I’m a Muslim.”

He then punched Mr. Salczer in the face before fleeing the scene on a scooter, police said.

“This terrible incident is a stark reminder that no neighborhood in New York City is immune from the mounting threat of ant-Semitic attacks,” City Council member Mark Levine told NBC 4 New York.

Mr. Salczer and his family have been in the neighborhood for more than three decades. “Everybody comes in [to the store}. Everybody really loves these people,” said Rabbi Rolando Matalone, a family friend.

Officers from the NYPD’s Hate Crimes Task Force were talking with store employees on Tuesday as they investigated the case.

The attacker remained at large on Tuesday, with no description of him released other than his approximate age. It was not known whether the man is in fact Muslim.

Anyone with information on the attack is asked to call NYPD Crimestoppers at 800-577-TIPS (8477). All calls are confidential and can be taken anonymously.