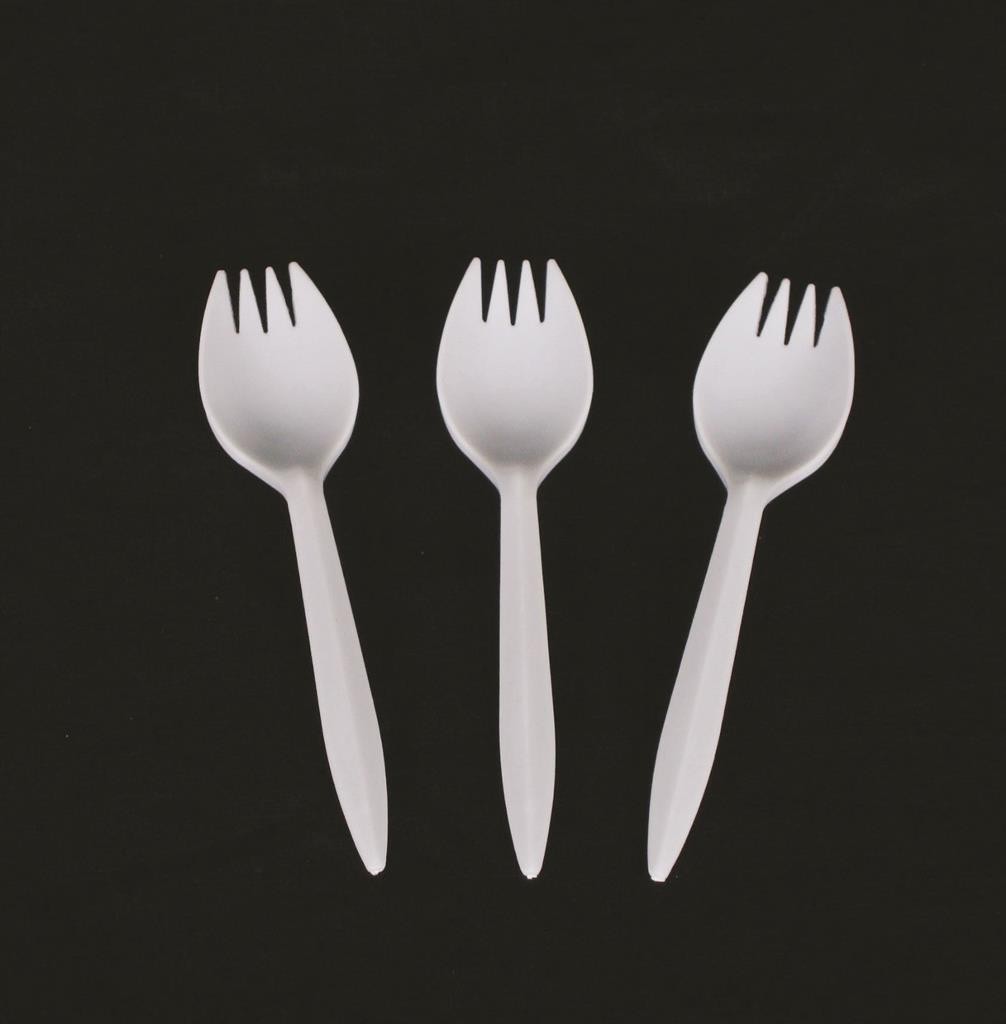 A final spork will be tossed unceremoniously into the trash in a New York City school cafeteria sometime next year, ending the 30-year reign of the flimsy plastic fork-spoon combo in the nation’s largest school system.

The disposable plastic implement has been a mainstay in the city’s school cafeterias for a generation, but the spork’s meals are numbered there and in public schools in Miami, Los Angeles, Chicago, Dallas and Orlando.

The six districts, which educate 2.8 million children in 4,500 schools, are using their combined purchasing power to replace disposable plastic sporks with knives, forks and spoons made from compostable materials.

“We’re replacing the spork we’ve fallen out of love with,” said Eric Goldstein, chief executive of the Office of School Support Services at the New York City Department of Education, which serves 860,000 meals a day, more than any other institution outside the U.S. military.

“Have you ever watched third-graders eat chicken on a bone with a spork?” Goldstein said. “It’s difficult even for adults. We’ve been looking to replace the spork for a long time. We want to start training kids how to eat with a fork and knife. The problem was we wanted something compostable, and that’s more expensive.”

The six districts formed the Urban School Food Alliance in 2012 to combine their purchasing power of $520 million to force lower prices on better-quality food and supplies and more environmentally friendly packaging and cutlery.

“That’s where our economies of scale come into play,” said Goldstein, an Orthodox Jew who serves as chief executive of the alliance. “We want to do a large, bulk purchase so that we can all buy it.”

This year, the alliance replaced polystyrene or foam lunch trays with a cafeteria dish made from recycled newsprint that can be composted after use. And its members have begun to serve chicken raised without antibiotics.

The alliance is seeking bids to supply all six school districts with compostable knives, forks and spoons, which are typically made from cornstarch or potatoes. Compostable cutlery breaks down in a commercial composting facility and can be reused as fertilizer, as opposed to plastic utensils, which can lay inert in landfills.

The group is planning future purchases with an eye toward foods that are typically too costly for most school systems, such as whole pieces of beef, avocado, pineapples and good-quality spices, Goldstein said.