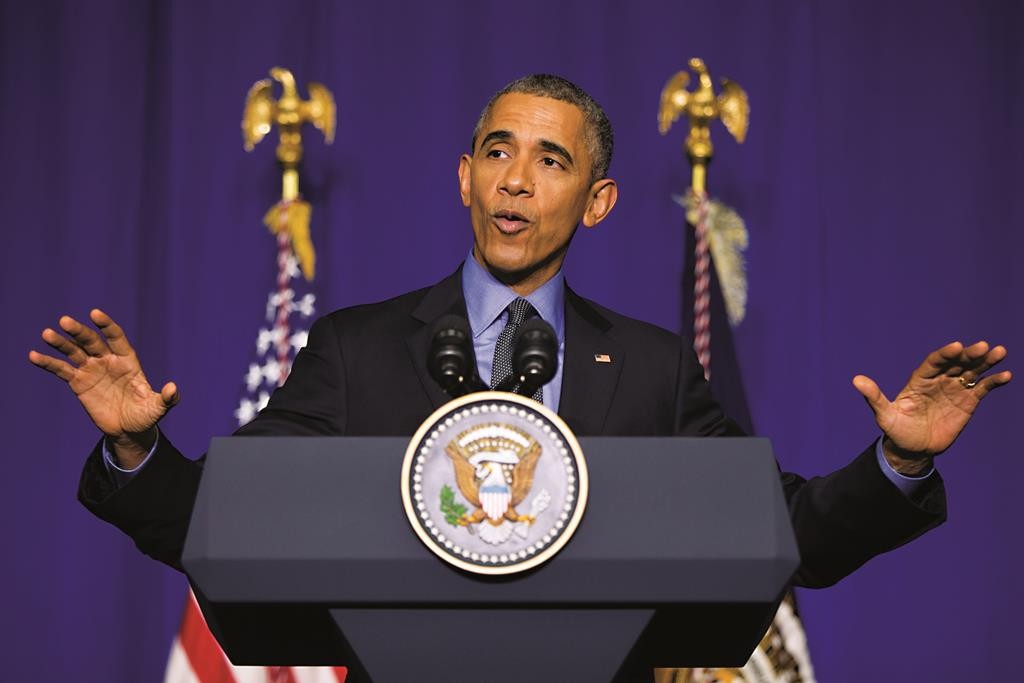 President Barack Obama said Tuesday that parts of the climate deal being negotiated in Paris should be legally binding on the participating countries, setting up a potential fight with Republicans at home.

Obama’s stand won praise at the U.N. climate conference from those who want a strong agreement to reduce greenhouse gas emissions from the burning of coal, oil and gas. But it could rile conservatives in Washington, especially if he tries to put the deal into effect without seeking congressional approval.

The Obama administration has pledged during the international talks to reduce U.S. emissions by up to 28 percent by 2025. But inscribing the emissions target in the Paris deal would probably require Obama to submit the pact to Congress, where it would be unlikely to win ratification. Many Republicans doubt global warming is real or fear that stringent pollution controls could kill jobs.

So the administration is looking to keep the targets out while including binding procedures on when and how countries should review their targets and raise them if possible.

“Although the targets themselves may not have the force of treaties, the process, the procedures that ensure transparency and periodic reviews, that needs to be legally binding,” Obama said in Paris, “and that’s going to be critical.”

Senate Majority Leader Mitch McConnell and other Republican leaders have warned other countries not to trust any deal Obama may strike. Other GOP politicians are working to nullify Obama’s emissions-cutting steps at home.

The talks, which run through Dec. 11, are aimed at a broader, tougher replacement to the 1997 Kyoto Protocol. That treaty required only rich countries to cut their emissions, while this time the goal is for everyone to pitch in.