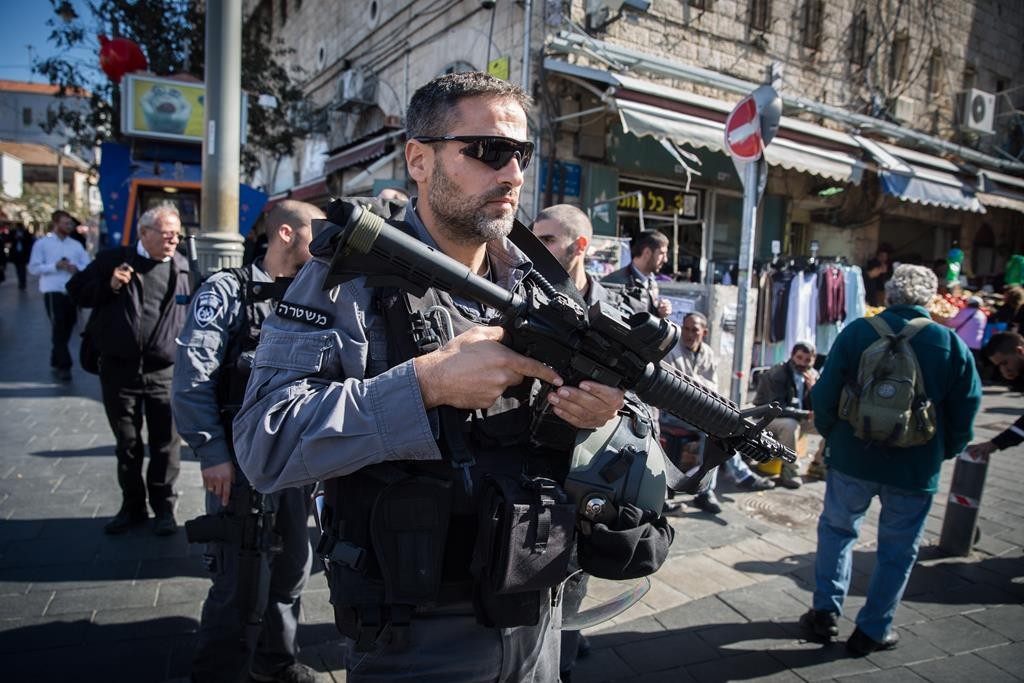 An Israeli soldier was stabbed to death in a terror attack at a gas station on Route 443, north of Yerushalayim on Monday.

The IDF deployed additional forces to secure Route 443 after the attack.

Ziv’s father, Doron, lost his brother Alon Mizrahi, Hy”d, to a terror attack in the capital twelve years ago. Alon was a security guard at the entrance of Café Hillel in Yerushalayim when a suicide bomber blew himself up in July 2003.

Alon spotted the suicide bomber outside the café, and when he pushed him back in order to prevent him from entering, the terrorist detonated his explosive device, killing Alon and six others.

It was the second terror attack of the day, the first of which occurred in the morning in the crowded Machaneh Yehudah market in central Yerushalayim.

That attack was carried out by two Palestinian teenage girls, 14 and 16, who stabbed a  70-year-old man with scissors, police spokesman Micky Rosenfeld said.

The man, who turned out to be Palestinian, and a guard wounded in subsequent crossfire, were lightly injured.

Police shot and killed one of the assailants and critically wounded the other.

“The terrorists attempted to stab several innocent civilians,” said police.  “A police bomb technician who was leaving the market noticed the woman and leaped out of his vehicle, drew his gun, and called on the terrorists to stop and drop their weapons. The terrorists did not answer his calls and ran towards him. The policeman than opened fire,” the statement concluded.

The terrorist who was killed was identified by Palestinian sources as Hadil Wajiya Awad from the Qalandyia refugee camp, whose brother was killed in clashes with Israeli troops in 2013.

The other terrorist was identified as Norhin Awad, Hadil’s cousin.

Also on Monday, a vehicle hit a pedestrian and sped off near Homesh, and security forces launched a manhunt for the suspect.

In another attack on Monday, a terrorist attempted to stab a soldier and was killed near Shechem. No Israelis were injured.