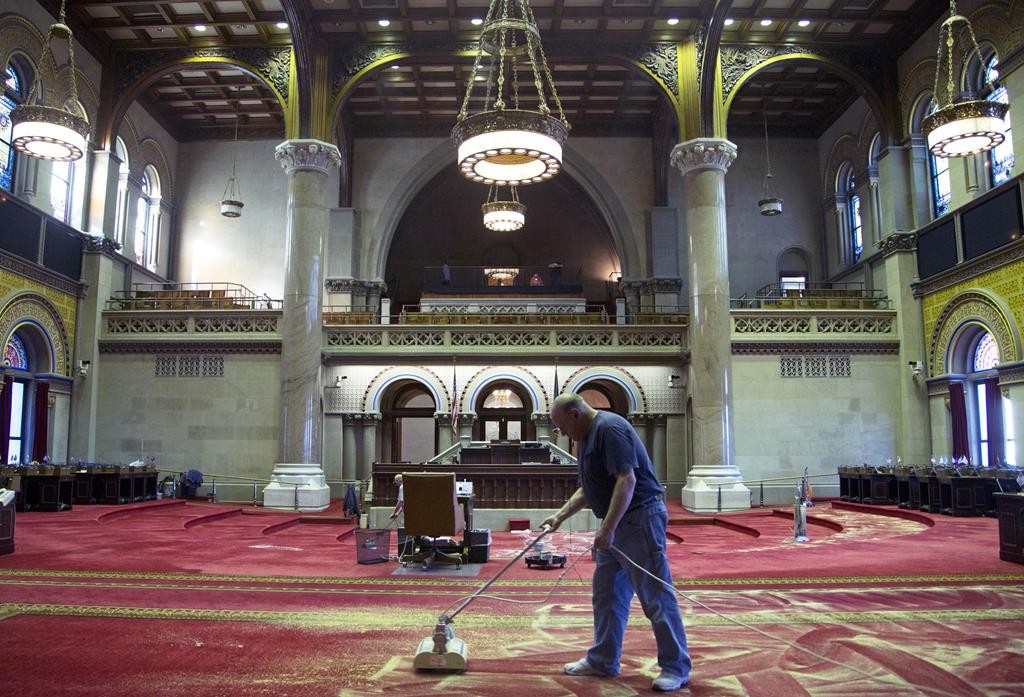 Two of the most powerful men in New York state government are on trial for corruption at the same time. Voter turnout is lower than it’s been in decades. And polls show the public is as distrustful as it is apathetic.

Yet it’s business as usual in Albany, where top lawmakers shrug off questions about ethics and campaign finance reform while a crisis of corruption and confidence shakes one of America’s most powerful and important capitols.

“No one cares. No one votes. Everyone thinks everyone in government [is terrible],” said Assemblyman Todd Kaminsky, a Long Island Democrat and former corruption prosecutor. “We are living the worst-case scenario.”

Scandal after scandal has taken a toll on Albany’s public image. A Quinnipiac poll released in September found that only 26 percent of New York voters believe current officials are capable of ending corruption, and 56 percent say all current officials should be voted out.

Yet most of the voting public skips the opportunity when it’s given to them. Turnout in the 2014 elections — when Democratic Gov. Andrew Cuomo was re-elected — was 28.8 percent, the fourth-lowest rate in the nation, and the lowest in New York in seven decades.

“If people feel their elected officials aren’t helping, they say why should I bother? My vote isn’t going to make a difference,” said Kolb, who heads the Assembly’s Republicans. “People are worried about jobs, about putting dinner on the table.”

In all, more than 30 state lawmakers have left office facing criminal charges or allegations of ethical misconduct since 2000. In just the past five years, a lawmaker was convicted of taking bribes from a carnival promoter. A second filed thousands of dollars in expense claims for days he never even went to Albany. A third got a sham marriage in order to become a citizen.

The cases were just a few of the ones that prompted the Center for Public Integrity to give New York a D-minus in a recent ranking of states and corruption.

“Whether they are acquitted or convicted it is Albany that is on trial,” said Bruce Roter, a music professor at Albany’s College of Saint Rose and the man behind a proposal to build a Museum of Political Corruption to catalog Albany’s longstanding problem with ethics. “And it is Albany that will have to pay the price.”