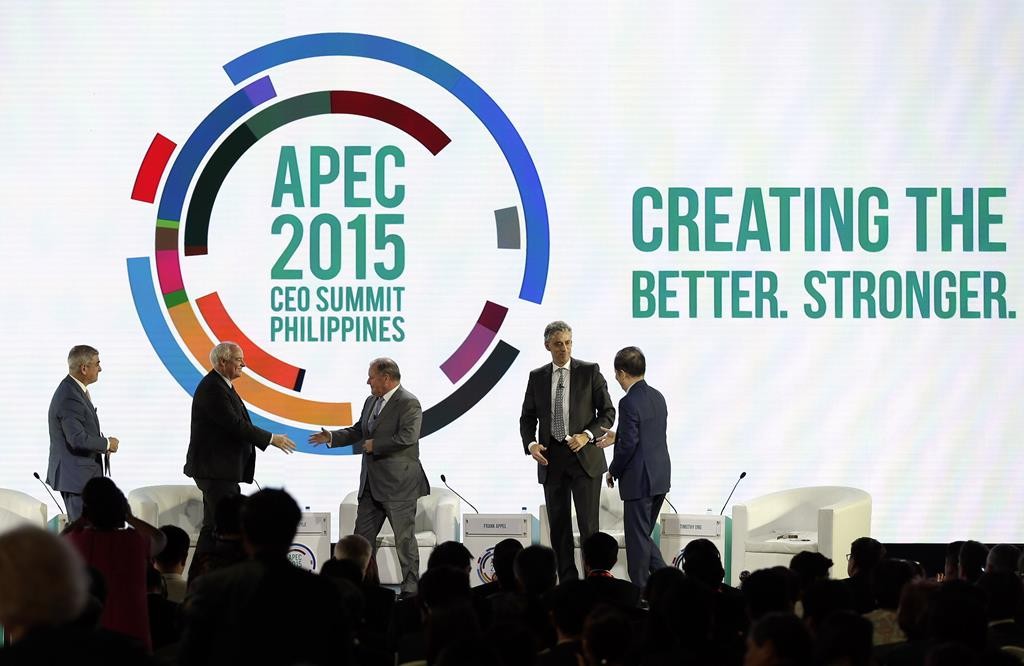 With a high-stakes deadline two weeks away, President Barack Obama hopes to build momentum on Wednesday for a broad and potentially legacy-burnishing global climate change agreement.

At a meeting of chief executives in this Southeast Asian capital, Obama was expected to urge business leaders to reduce emissions in their operations and use their sway to pressure governments to sign on to the international pact. Obama and dozens of other leaders are slated to convene in Paris at the end of the month to finalize the carbon-cutting deal.

The CEOs gathered on the sidelines of the Asia Pacific Economic Cooperation summit, an annual forum for 21 member nations typically used to hash out the region’s overlapping economic interests.

This year security issues seeped onto the agenda. In the wake of the brutal attacks in Paris, talk of a response and containing the spread of Islamic radicalism filled both the formal meetings and hallway chatter.

But while Obama privately discusses ways of ramping up pressure on the Islamic State group, he came ready to use his public spotlight to zero in on the landmark climate deal. The president has made the issue a top priority as his term in office winds down. With no hope for passing legislation through Congress, Obama has shifted to international lobbying.

The White House points to some success. On his last trip through Asia, Obama and Chinese President Xi Jinping issued a joint declaration that set a 2030 deadline for carbon emissions to stop rising in China. The deal seemed to mark a shift in China’s approach to carbon reduction, and a diplomatic win for the president.

Xi is also slated to speak to the chief executives on Wednesday, along with Indonesian Vice President Jusuf Kalla, and Mexican President Enrique Pena Nieto. Alibaba Chairman Jack Ma will welcome the leaders.

Some critics say that in an effort to clinch a deal, Obama and U.S. negotiators have already acquiesced to an agreement that will be too weak to prevent the worst effects of climate change. The White House says it’s searching for “significant commitments” that will ratchet up over time. The U.S. has pushed for each nation’s contribution to be revisited every five years.

“It’s going to require countries making good on promises to cut carbon pollution, and to doing so in a transparent, verifiable manner,” White House spokesman Josh Earnest said, as Obama left for a string of summits in Turkey and Asia. “That is our goal.”