World Fighting Over Forests Is Routine In U.S.-Canada Relationship
World 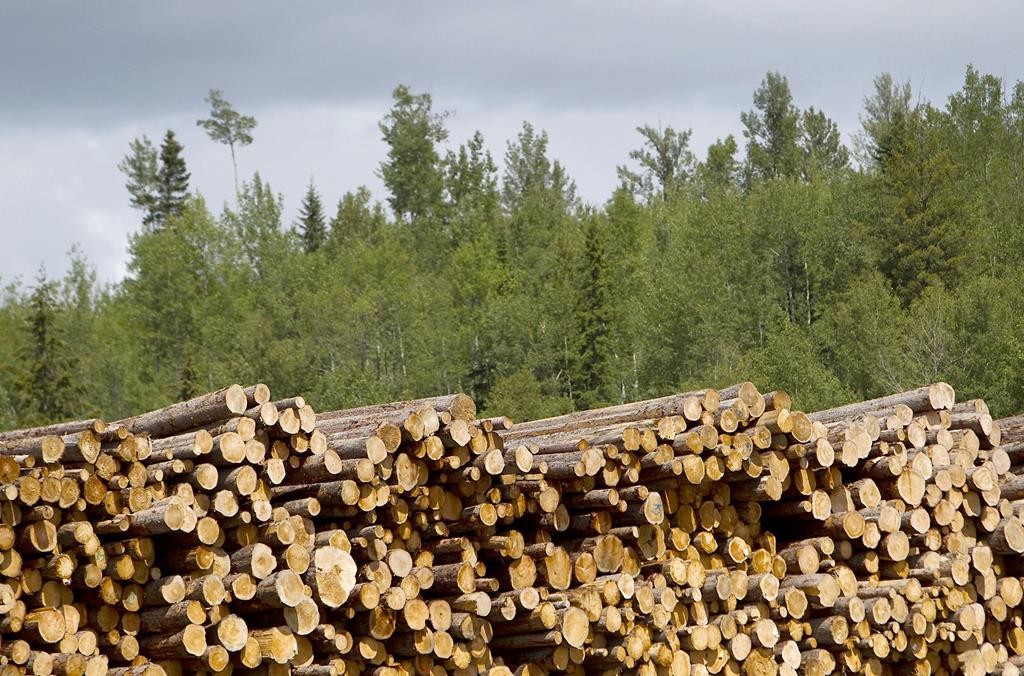 The United States and Canada have for decades fought over the lumber trade. Now Prime Minister Justin Trudeau is about to be initiated into the knotty world of timber relations, specifically regarding glossy magazine paper.

Four Canadian companies — Catalyst Paper Corp., J.D. Irving Ltd., Port Hawkesbury Paper, Resolute Forest Products Inc. — say they plan to fight a U.S. decision made in July to impose import tariffs of as much as 20 percent on specialty paper, which is also used in newspaper inserts.

The dispute comes amid a rise in the number of trade cases launched by U.S. manufacturers on everything from steel to paper as the dollar has surged. Countries hit with duties include Australia, Portugal and Indonesia.

“You can’t countervail a currency, but you can make up a whole bunch of other rules to give you the same thing,” Kevin Mason, managing director of Vancouver-based ERA Forest Products Research, said in a Nov. 12 telephone interview. “Because of that strong dollar, their manufacturers are disadvantaged so they’re going to fight back. And this is how they’re doing it.”

In the case of Canada, U.S. producers Madison Paper Industries and Verso Corp. filed a petition with the American government in February claiming their rivals north of the border were receiving unfair government subsidies. The 21 percent slide in the loonie over the past two years has intensified competition in an industry already under pressure. Demand for supercalendered paper, as the glossy paper is known, has fallen by 5 percent annually over the past three years, according to Bloomberg Intelligence, as readers switch to digital products.

It’s not the first time Canada and the U.S. have tussled over tree products.

The two nations have long sparred over softwood lumber, with the dispute gathering steam in the early 1980s when U.S. lumber companies claimed Canada gave producers access to cheap timber on government land. The spat ended when both sides signed the Softwood Lumber Agreement in 1996, establishing tariffs and quotas on Canadian imports. It threatens to rise again: A second accord expired last month; the two countries have one year to iron out a new agreement.

The Canadian government is aware of both issues, Chrystia Freeland, the newly appointed trade minister said. “I’m aware of the supercalendered paper issue, and we are working on it,” Freeland said in a interview with Bloomberg on Friday. “There are a few very specific issues right now in the Canada-U.S. trading relationship, and my job as minister is to energetically defend the interests of Canadian exporters.”

Compared with lumber, the market for supercalendered paper is relatively small. Imports from Canada in 2014 were valued at $868 million in 2014, according to the Commerce Department. Canadian companies supply about 60 percent of the supercalendered paper market in the United States, Bloomberg Intelligence said. Paper producers in both countries have struggled this year.

The highest duty, 20 percent, is directed at Point Tupper, Nova Scotia-based Port Hawkesbury Paper. The U.S. government said the company, owned by Pacific West Commercial Corp., arranged a favorable electricity supply contract that was approved by the provincial government. It constitutes a subsidy, the U.S. said in a July report.

Port Hawkesbury said the contract was negotiated with a privately owned utility, according to Gary Horlick, a lawyer for the company.

Catalyst has deposited about $1.3 million with the U.S. Treasury since Aug. 4 to cover tariff payments on 17,000 tons of paper, the Richmond, British Columbia-based company said in an Oct. 14 statement., even as it vows to seek a review of the duties.

JD Irving Ltd., Canada’s largest producer of supercalendered paper in 2014, is crying foul not only because it denies any subsidies but also because it says it wasn’t investigated following the initial complaint. The closely held company continues to appeal for an “immediate resolution,” said Mary Keith, a spokeswoman for JD.

The companies are asking the Commerce Department for an expedited review. Catalyst has also filed an appeal in U.S. Court of International Trade.

A change in U.S. trade law last year has made it easier for companies to show they’ve been injured by imports, sparking a number of disputes in paper products and steel, said Caitlin Webber, a Washington-based Bloomberg Intelligence analyst.

U.S industries typically file these types of complaints as a “last resort” when they feel they can’t otherwise compete in the market, Webber said.

“That’s what the industry wanted when they were lobbying for this,” Webber said in a Nov. 13 interview. “They would say it’s more fair, an accurate reflection of the company’s position.”