World Paris Jews on Edge After Wave of Terror
World 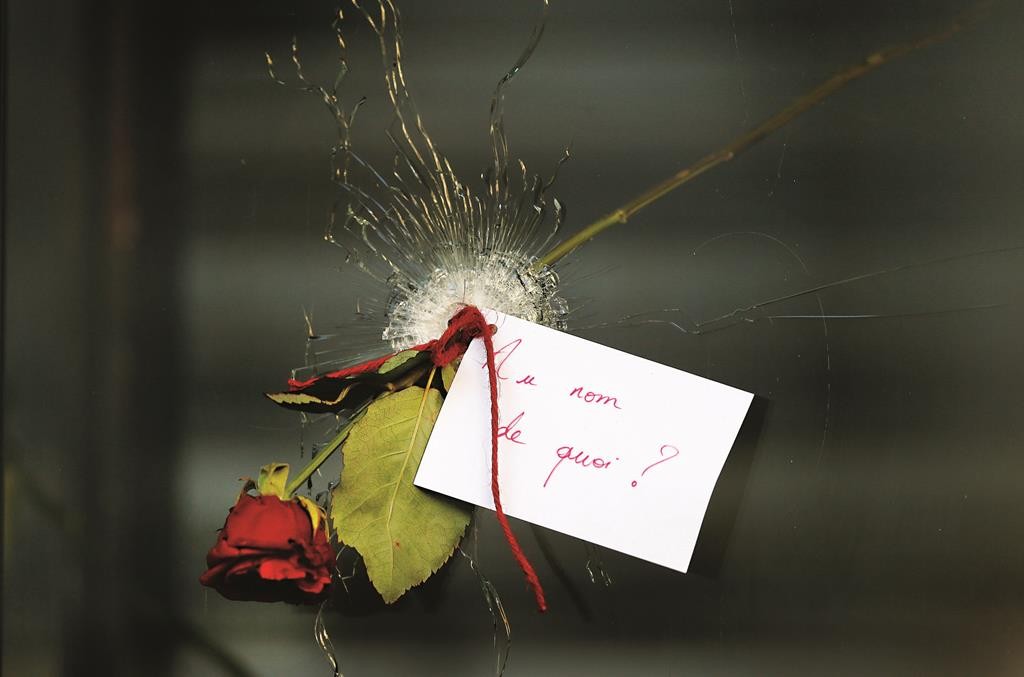 In the wake of shocking terror attacks in Paris, the city’s Jewish community struggled with national feelings of mourning as well as concerns for their own safety, tempered by a resolve to carry on as normally as possible.

Roger Cukierman, president of the Council of French Jewish Institutions, spoke of the unique empathy that the community shares as well as the extent to which the attacks have shaken society.

“Like all of France, we are shocked and horrified by the barbarism and are feeling a lot of compassion. We know all too well what terror is,” he told Hamodia.

Violent anti-Semitic attacks have been steadily rising in France for several years. The 2012 killings at a Jewish school in Toulouse attracted wide media attention. More recently, in the days following an attack on the controversial Paris-based magazine Charlie Hebdo, four Jews were killed in a kosher grocery.

Friday’s violence, which claimed 129 lives and wounded hundreds more, was the largest-scale attack on French soil in recent history.

“I think it is understood by all that we have entered into a world war,” said Mr. Cukierman. “Previously, attacks focused on Jews or journalists, but now it is a clear and random attack on the general public with the sole intention of killing as many people as possible.”

The French government has provided high security to all Jewish institutions since last January.

“We are trying to carry on as usual,” he said. “Security didn’t have to be increased because it is already at maximum; we cannot ask for more.”

Given the sequence of events last winter, the Jewish community was in a state of high alert. Simone Rodan Benzaquen, Paris Director of the American Jewish Committee, told Hamodia of security concerns in Jewish neighborhoods.

“There is also the still existing security threat that the Jewish community has to deal with,” she said. “All of Paris has been pretty empty over the past couple of days, including the Jewish neighborhood, the Marais. And just now, there was a false alarm in the area, which made everybody very nervous. People were running in panic.”

In light of the tenuous security situation and three days of national mourning declared by Francois Hollande, several events were postponed, including the opening of the Jewish Federation of France’s National Appeal for Tzedakah, which raises several millions of dollars. A ceremony for the victims was held Sunday night in Paris’s Synagogue de la Victoire under the auspices of France’s Chief Rabbi Haim Korsia.

Rabbanim and askanim contacted by Hamodia reported that attendance at tefillos on Shabbos was nearly normal and that Jewish schools were open on Sunday.

“Since it happened on Shabbos, people did not know exactly what had happened. We had a few less people than usual in shul, but most came,” said Rabbi Moshe Lewin, executive director of the Conference of European Rabbis, who lives in Paris.

He said that roughly 200 of his 250 congregants attended shul on Shabbos and that approximately three-quarters of the parent body had sent their children to school Sunday morning.

“The Chief Rabbi has set a tone that life must continue. Each of us must look out for the other, but there is no safe place for a Jew anywhere in the world,” said Rabbi Lewin. “Jews are always before what happens to the general public. Ilan Halimi was murdered and nothing was done. Merah killed Jewish children at a school, and not enough was done. It is a message that if society does not address anti-Semitism, it comes back to haunt everyone.”