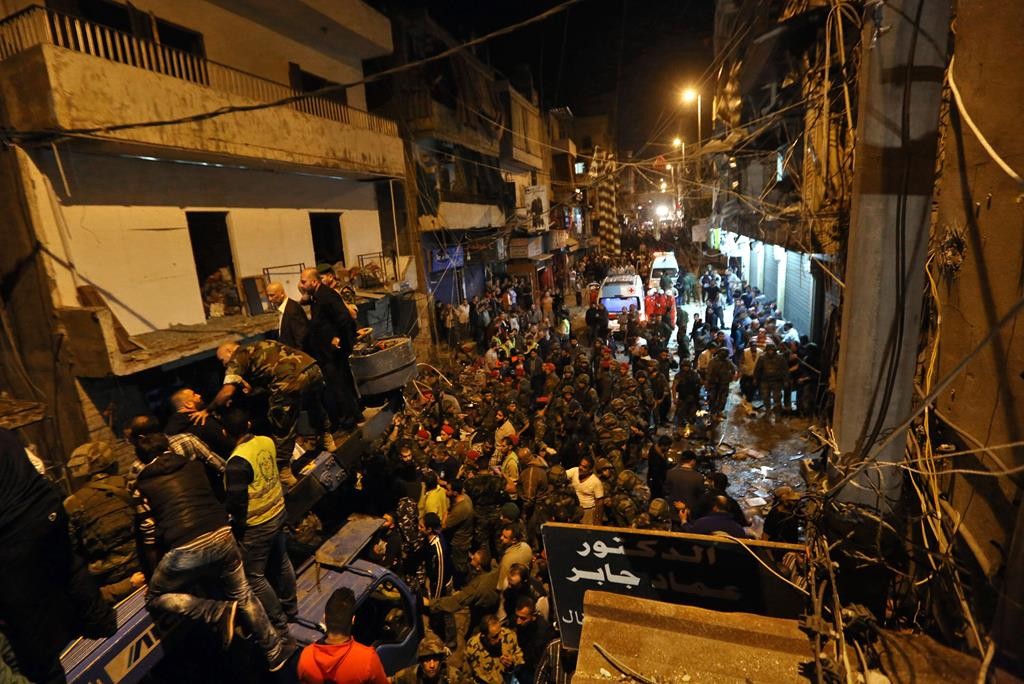 Twin suicide bombings struck a southern Beirut suburb that’s a stronghold of the Shiite Hizbullah terrorist group on Thursday evening, killing at least 37 people and wounding scores more in one of the deadliest attacks in years in Lebanon.

The attack was quickly claimed by the Islamic State terrorist group, which is fighting in Syria and Iraq but has until now not had a recognized affiliate in Lebanon, though the tiny Mediterranean country has in the past years faced deadly spillovers from the civil war next door.

The explosions hit minutes apart during rush hour in an area of southern Beirut called Burj al-Barajneh. Hizbullah has been fighting in Syria along with Syrian President Bashar Assad’s forces. The area has been hit in the past, and Sunni terrorist groups have threatened to carry out more such attacks.

It was not immediately clear how many attackers were involved. According to a Lebanese security official, the first suicide attacker detonated his explosives vest outside a Shiite mosque, while the second blew himself up inside a nearby bakery.

An apparent third attacker was found dead, while he still wore an intact explosives belt, said the official, speaking on condition of anonymity in line with regulations. The official speculated that the third may have been killed from the explosion of the second suicide bomber, as he was reportedly close to that blast.

IS posted its claim of responsibility for the bombings on social media pages linked to the group. The claim could not be independently verified, but it was similar to other IS claims.