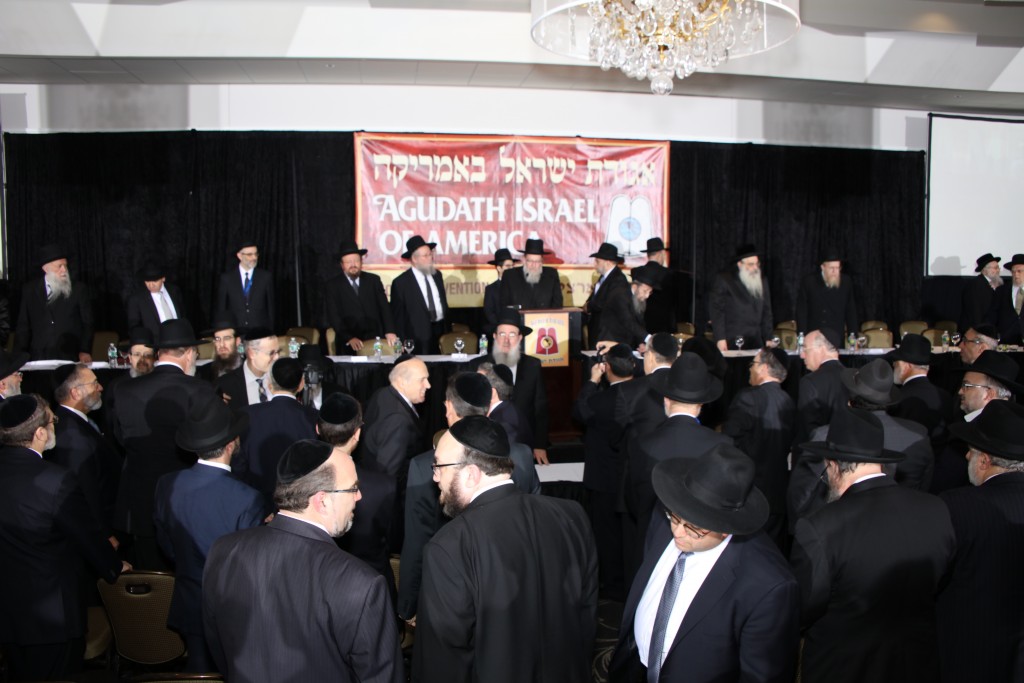 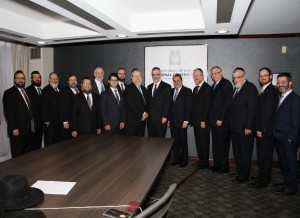 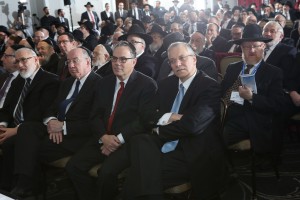 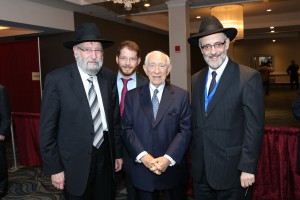 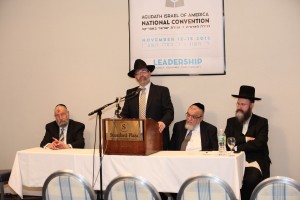 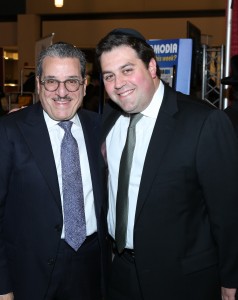 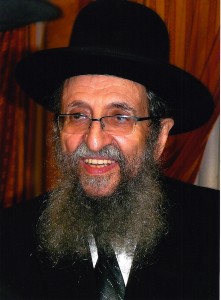 Laymen askanim and  businessmen mingled with Gedolim and Rabbanim as the 93rd annual convention of Agudath Israel of America commenced Thursday, at the newly renovated Crowne Plaza Hotel in Stamford, CT.

The keynote session of the convention on Thursday evening was chaired by Raphael Zucker, chairman of the board of Agudath Israel of New Jersey. The Thursday night session is focused on the theme of leadership, addressing the timelyquestion of “How to Lead and When to Follow.”

Rav Kamenetsky said that in the parashas hashavuah, Parashas Toldos, we learn that Yitchak dealt with his two sons each according to their personalities. Yitzchak understood that Yaakov could live in the framework of middos hadin, which was the ideal yardstick for the world. Yaakov would function as Shevet Levi would, perhaps a working relationship between them would be possible, but Rivka understood that it would not.

He reached out to Eisav despite his intimate knowledge that this son violated serious Torah transgressions; he was ready to hear his she’eilos; he did not want Eisav to feel dejected. Despite his moving away from the ideals of Yiddishkeit the natural bond of father and son impelled Yitzchak to be mekarev him.

Eisav scorned the birthright. He did not realize the value of what he had and so he sold it. That was his primary chet according to many meforshim. We need to learn from that to place importance on what we have.

Chazal tell us that a rebbi has to be a malach Hashem, otherwise one cannot learn from him. That level  represents the recgntion that Torah and yiras Shamayim are the priorities. One has to uphold his self-respect. “A person has to realize what a human being is,” he said.

Harav Elya Brudny, Rosh Yeshivah, Mir Yeshiva, said that a person cannot have full success in both gashmius and ruchniyus, as is seen from this week’s parashah.

“There was this tremendous duel,” Rav Brudny said. “It is very clear that Yaakov Avinu wasn’t willing to forgo Olam Hazeh. The high point of the parashah is [the material blessings from Yitzchak]. On the other hand, Eisav wasn’t willing to forgo Olam Haba. Chazal say clearly, he wanted both worlds. And yet, these two civilizations can’t reign in the world at the same time. … That means, these two visions of having both worlds are irreconcilable.”

A comprehensive report on the convention, which will feature dozens of addresses and workshops throughout the four-day weekend, will, iy”H, appear in the weekly edition.