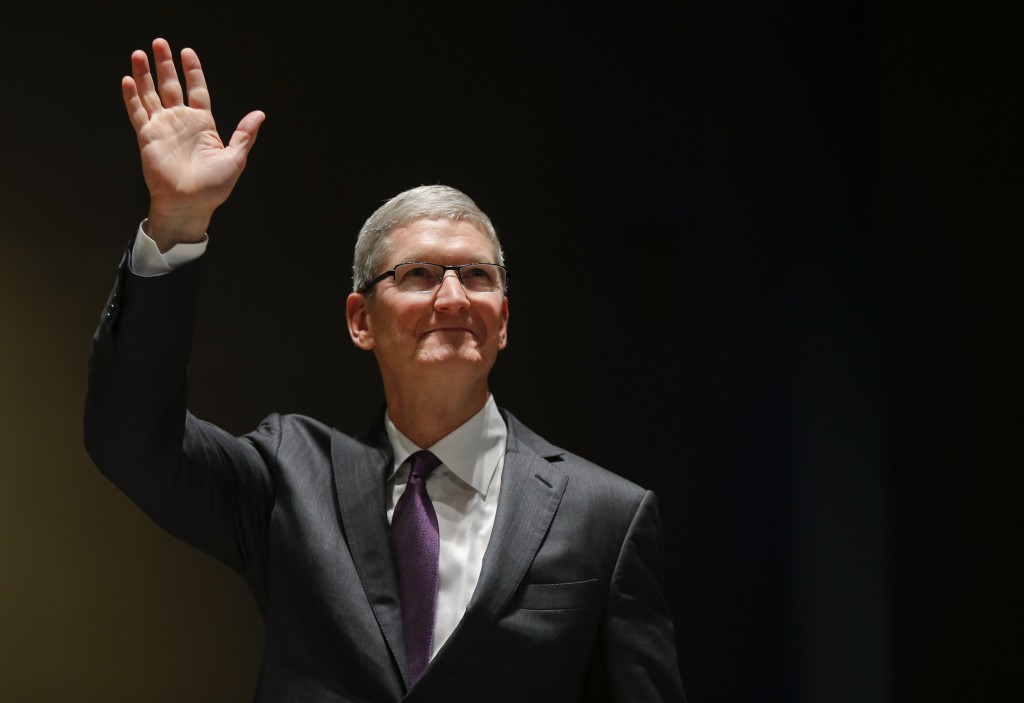 Last week, Britain published a draft law that seeks to ensure that telecommunication companies “provide wider assistance to law enforcement and the security and intelligence agencies in the interests of national security.”

That worries firms like Apple, whose iMessage service offers “end-to-end” encryption, meaning the company doesn’t have the ability to read messages sent over the app.

Cook told students at Trinity College Dublin that Apple didn’t plan to introduce a “back door” ability to decrypt the messages.

“We will productively work with the governments to try to convince them that’s also in their best interests in the national-security sense,” he said.

Cook said weakening encryption would be bad for online security, because “if you leave a back door in the software then there’s no such thing as a back door for the good guys only.”

“If there’s a back door, anybody can come in,” he said.

British Home Secretary Theresa May said last week that the draft Investigatory Powers Bill “will not ban encryption or do anything to undermine the security of people’s data.”

But civil-liberties and privacy groups have expressed alarm at its provisions, which include requiring communications companies to hold onto customers’ web traffic records for up to a year. The draft bill also says service providers will be legally obliged to assist the authorities in getting access to customers’ devices.

The bill has yet to be approved by Parliament.