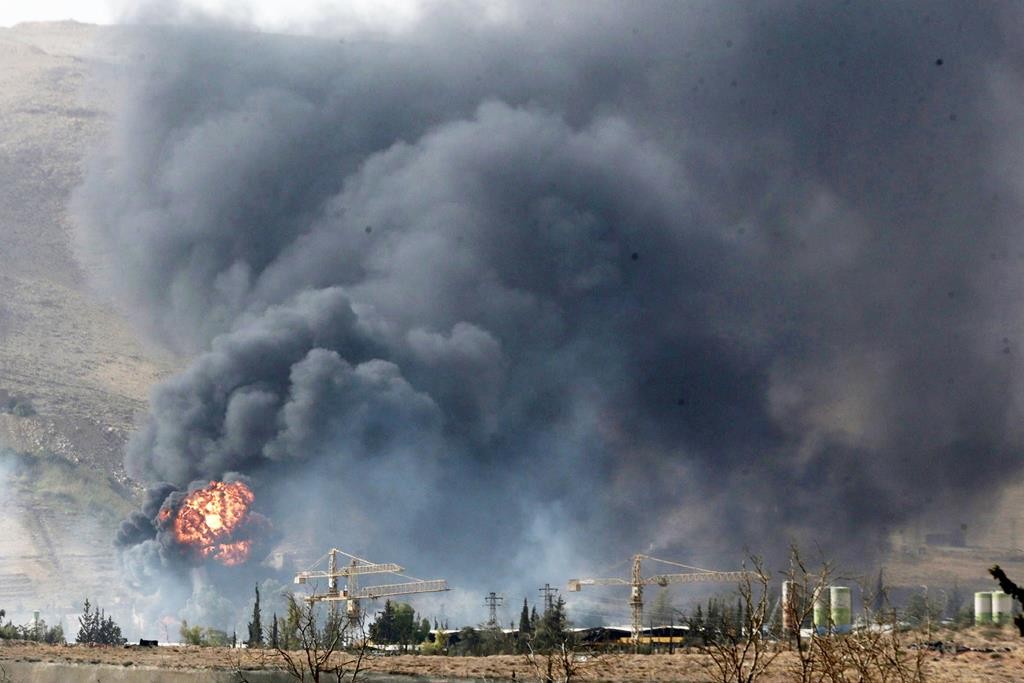 Russia wants the Syrian government and opposition to agree on launching a constitutional reform process of up to 18 months, followed by early presidential elections, a draft document obtained by Reuters showed on Tuesday.

The eight-point proposal, drawn up by Moscow before international talks on Syria this week, does not rule out President Bashar al-Assad’s participation in the elections –something his foes say is impossible if there is to be peace.

“[The] popularly elected president of Syria will have the functions of commander-in-chief of the armed forces, control of special services and foreign policy,” the document said.

A Russian foreign ministry spokeswoman denied that any document was being prepared by Russia for the international meeting on Syria this week in Vienna. “This information does not correspond to reality,” said the spokeswoman, Maria Zakharova.

The document said the Syrian sides should agree on such steps at a future conference to be organized by the United Nations and added that the reform process would not be chaired by Assad, but by a candidate agreed on by all sides.

Russia and Iran have been Assad’s top allies during Syria’s nearly five-year war. The United States, its Gulf allies and Turkey have said he must leave power for there to be peace.

Moscow has stepped up its diplomatic efforts to resolve the conflict that has killed hundreds of thousands and displaced millions. At a first round of talks in Vienna last month, it said it wanted opposition groups to participate in future discussions and exchanged a list of names with Saudi Arabia.

The Western stand on Assad means that the Russian proposals are likely to run into stiff opposition.

“How can we bring peace to a country that went through a vicious civil war in which 250-300,000 people died, without removing the cause of that civil war?” British Foreign Secretary Philip Hammond asked on Monday.

“We do not believe that it is going to be possible to bring the opposition groups into the political process and have an effective ceasefire unless we have a clear point at which President Assad will depart,” he told reporters at the United Nations.

Assad was elected to a new seven-year term in June 2014 by an overwhelming majority, but his opponents dismissed the vote as a sham. The Syrian parliament’s four-year term is due to expire next May.

The document said the Syrian opposition that takes part in the political process must form a “united delegation” and be agreed on beforehand.

“[They should] share the goals of preventing terrorists from coming to power in Syria and of ensuring sovereignty, territorial integrity and political independence of Syria, as well as [the] secular and democratic character of the state.”

Western diplomats said it would be difficult for countries opposed to Assad to agree on the drafted Russian proposal.

“The document does not suit a lot of people,” one Western diplomat said, adding that those who disagreed with Russia’s approach were working to make sure the text would not be the basis of the talks.

The Russian foreign ministry spokeswoman said Russia would be concentrating on two main issues at the Vienna meeting.

“The first is to systematize and understand who we should consider terrorists in Syria and in the region, and the second is to establish a list of the representative Syrian opposition that can conduct negotiations with Damascus,” said Zakharova.

“Our preparations for the Vienna meeting are based on the document that was adopted on October 30,” she said, referring to the previous meeting in Vienna.

The draft document obtained by Reuters also said that for a Syrian ceasefire, “operations against ISIL [Islamic State] and other terrorist groups must be excluded”.