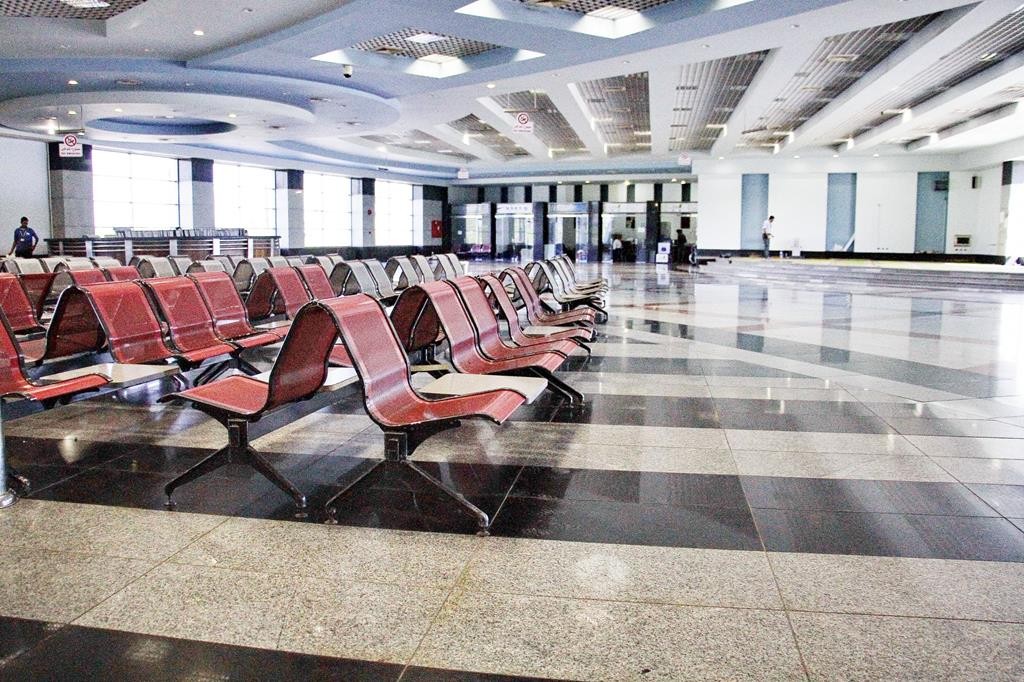 Russia last week suspended all passenger flights to Egypt in the wake of the Oct. 31 airliner crash in the Sinai peninsula that killed all 224 people on board, almost all of them Russians. Moscow said the ban was necessary because of concerns about security at Egypt’s airports.

Russian officials say they haven’t determined whether a bomb brought down the plane as it flew from Sharm al-Sheikh toward St. Petersburg. But the flight ban and unspecified concerns about airport security suggest Russia takes the prospect exceptionally seriously.

On Tuesday, President Vladimir Putin’s chief of staff, Sergei Ivanov, said the flight ban will last for at least several months. Speaking on a visit to Finland, he said it would be impossible to radically revise Egypt’s security system in a short time, according to Russian news reports.

Ivanov said Egypt needs to improve its security regime not only in Sharm el-Sheikh, but also in airports in Cairo and the Red Sea resort of Hurghada.

Asked how long the Russian flight ban would last, Ivanov said: “I think for several months, as a minimum.”

It’s unclear whether Egypt’s tourist resorts, shops and restaurants can hold on that long, especially since the travel ban hits in the lucrative winter high season. Russians have accounted for about a third of all Egypt’s tourists in recent years.

Other airliners from Britain and Western Europe were also bringing their nationals home, after several countries and airlines suspended flights to Egypt amid suspicions that a terror attack could be the cause of the crash of the Airbus A321-200 operated by Metrojet.

U.S. and British officials have cited intelligence reports indicating that the plane was brought down by a bomb on board. Russia and Egypt said the statements were premature pending results of the official crash probe.

Security officials at Sharm el-Sheikh airport told The Associated Press there have long been security gaps there, including a key baggage scanning device that often is not functioning and lax searches at an entry gate for food and fuel for the planes.

The head of Cairo’s international airport, Maj. Gen. Ahmed Genina, said officials from Russia, the Netherlands, Italy, the United Arab Emirates and Qatar were examining the scanning of passengers, cargo and baggage at the airport Tuesday. Security guards and caterers were also being inspected.

Egypt is one of the most popular destinations for Russians, especially in the winter when the sun and clear seas lure them away from gray, frigid weather.

Roughly 3 million Russian tourists came to Egypt in 2014, nearly a third of all visitors, with most heading to the resorts in the southern Sinai Peninsula or its opposite coast, far from the insurgency being fought by Islamic terrorists against the army further north.

Eastern European visitors, including people from former Soviet satellite states like Ukraine, made up a crucial 45 percent of all tourist arrivals in June, according to Egyptian government statistics.

Ivanov added that Russia’s air campaign in Syria will continue regardless of the outcome. “The course of the operation against terrorists in Syria doesn’t depend on the investigation into the crash,” he said.

Since the Russian suspension of flights to Egypt was announced Friday, dozens of airliners have been bringing Russian tourists back home, carrying only cabin baggage, while Russian cargo planes were hauling the rest of their luggage.

About 40,000 Russian tourists have been flown back since Friday, about half the number in Egypt when flights were suspended, according to a Russian government estimate.