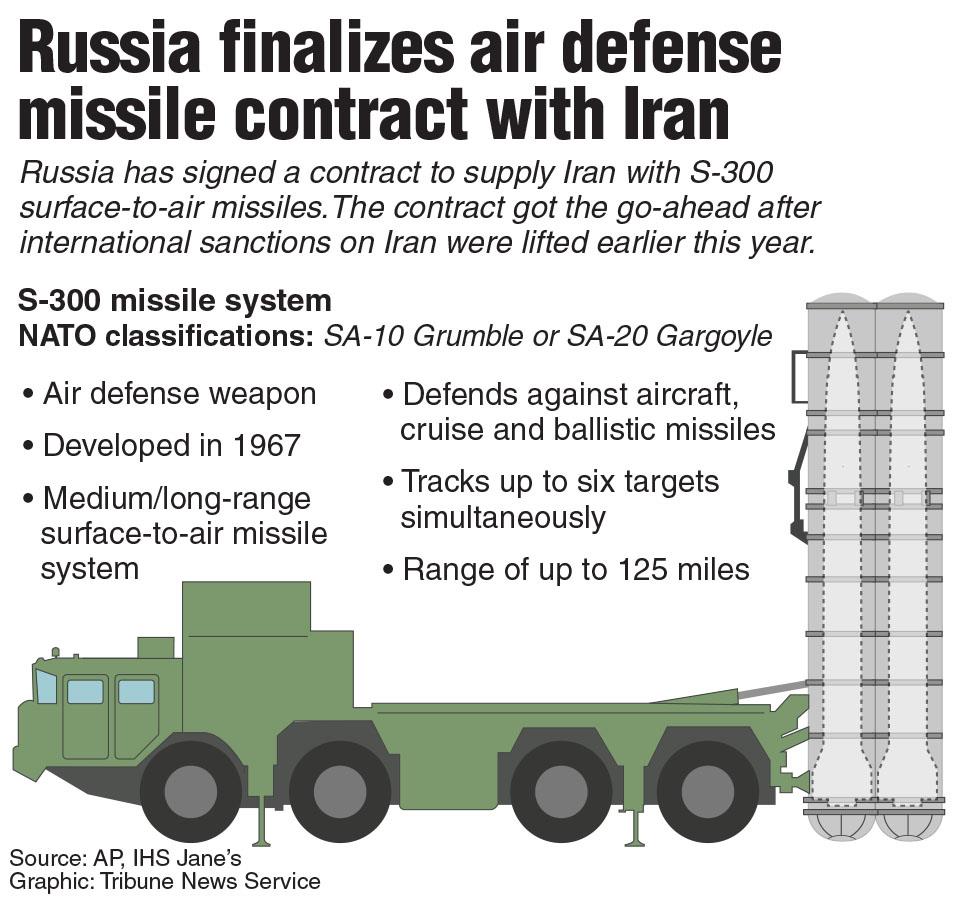 Russia has finalized a contract for the delivery of advanced air-defense missile systems to Iran, the head of a Russian state-controlled industrial conglomerate said Monday.

Sergei Chemezov, head of Russian Technologies, the holding company that includes the Rosoboronexport arms trader, said Monday on a trip to Dubai that “the contract with Iran for the S-300 has entered into force,” according to Russian news agencies.

Once the first part of the contract is fulfilled, Moscow expects Iran to drop its lawsuit at a court in Geneva seeking damages for the suspension of the original deal, Chemezov said.

He wouldn’t specify what version of the system Russia will supply or when the delivery will be made. Russian officials have said that the specific model of the S-300 that Russia was to deliver under the 2007 contract is no longer produced, and offered Iran a modified version of it.

The missile system deal has long worried Israel and other countries in the region, as well as the U.S., which see it as destabilizing.

Moscow has insisted the S-300 is a purely defensive system that wouldn’t jeopardize the security of Israel or any other countries in the Middle East.

While Russia has sought to secure a niche in the lucrative Iranian market with the S-300 deal, it also has been courting Iran’s arch-rival, Saudi Arabia.

Chemezov said that Moscow was talking to the Saudis about potential delivery of an even more advanced air defense missile system, the S-400.

“There is a renaissance in our relations with the country,” he said. “I hope these talks will lead to the signing of contracts.”