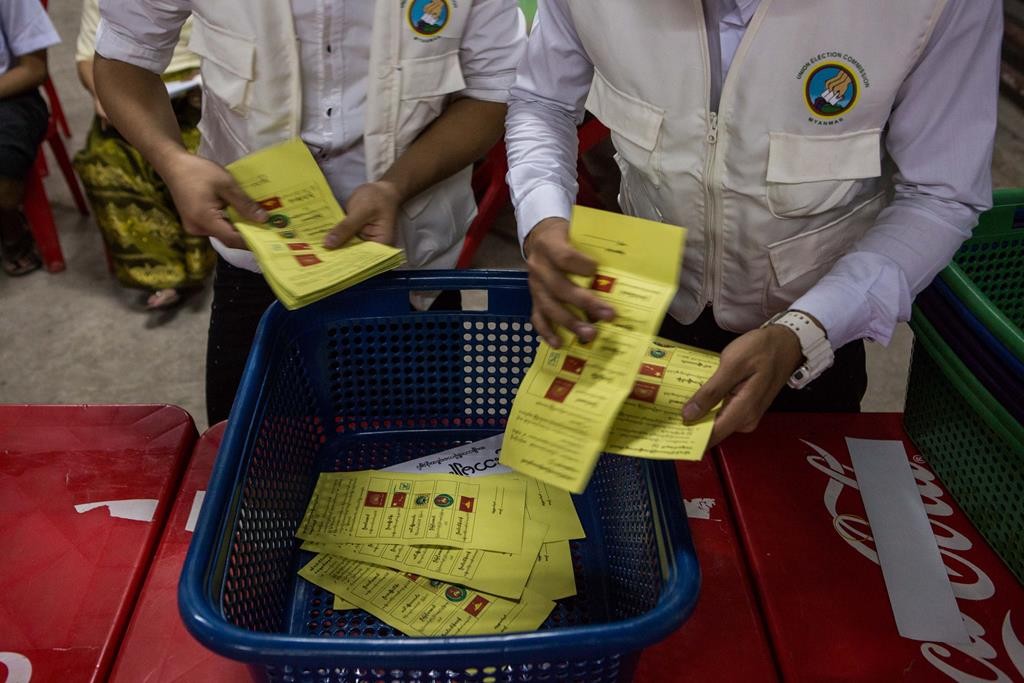 With tremendous excitement and hope, millions of citizens voted Sunday in Myanmar’s historic general election that will test whether the military’s long-standing grip on power can be loosened, with opposition leader Aung San Suu Kyi’s party expected to secure an easy victory.

In a country that was under military rule for almost a half-century, many of the eligible 30 million voters cast ballots for the first time in what was billed as the nation’s freest election ever. It was the first time even for Suu Kyi, the epitome of the democracy movement who had defied the junta for decades.

Many people lined up in Buddhist temples, schools and government buildings early in the morning to vote, well before a heavy downpour beat down in Yangon an hour before voting ended peacefully in the late afternoon with no reports of major irregularities or violence.

Election monitors called it “a remarkable day” full of excitement and energy.

Vote counting began immediately, and hundreds of supporters gathered under umbrellas at the opposition National League for Democracy party’s office hoping to see results. But party functionaries announced that results would not be available until Monday, and that the 70-year-old Suu Kyi would not address the crowd as expected, urging the crowds to return the next day.

“We won’t be able to announce the results yet. All I can say is that the NLD is in a very good position,” said Tin Oo, a co-founder of Suu Kyi’s party. “It will take a while for the results to be announced.”