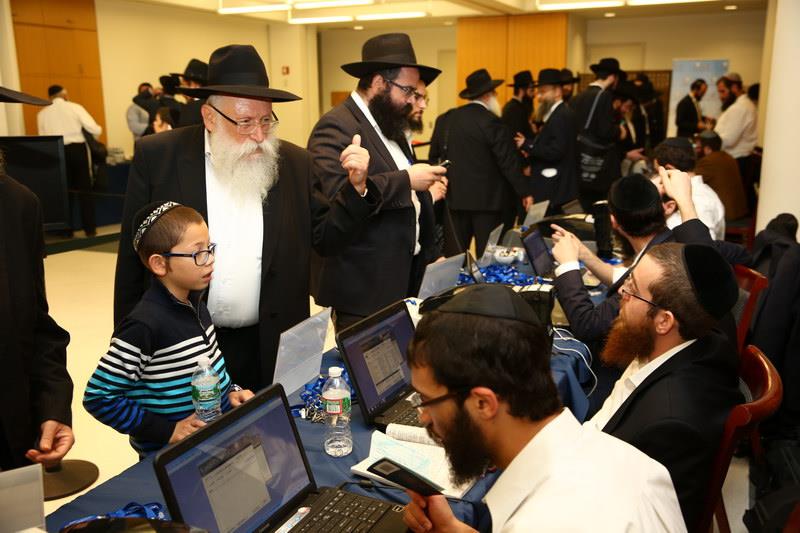 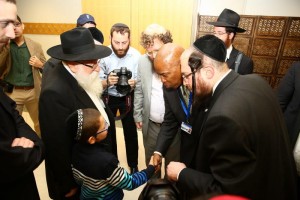 Moishela Holtzberg, Israel’s most famous child, arrived in New York on Wednesday for the first time.

Moishy, who turns 9-year-old next week, is the sole survivor of the family murdered al kiddush Hashem seven years ago in a terror attack on the Mumbai Chabad center. His parents, Rabbi Gabi and Rivka Holtzberg, Hy”d, were the directors of the Indian city’s Chabad house. The center was stormed by Islamist terrorists seven years ago next week.

Moishy, who lives with his maternal grandparents, Rabbi Shimon and Yehudit Rosenberg, in Afula, Israel, will lead thousands of Chabad shluchim from around the world in the recitation of Tehillim during the annual kinnus hashluchim dinner on Sunday.

The week-long kinus hashluchim, which takes place every year in New York, will culminate in a gala event at the South Brooklyn Marine Terminal in Sunset Park. More than 5,200 emissaries and their guests from 86 countries are expected.

The yahrtzeit of the Holtzbergs, were were killed along with Rabbi Leibush Teitelbaum, Rabbi Benzion Kruman, Yocheved Orpaz and Norma Schwartzenblat-Rabinovitz, Hashem yinkom damam, is next Thursday.