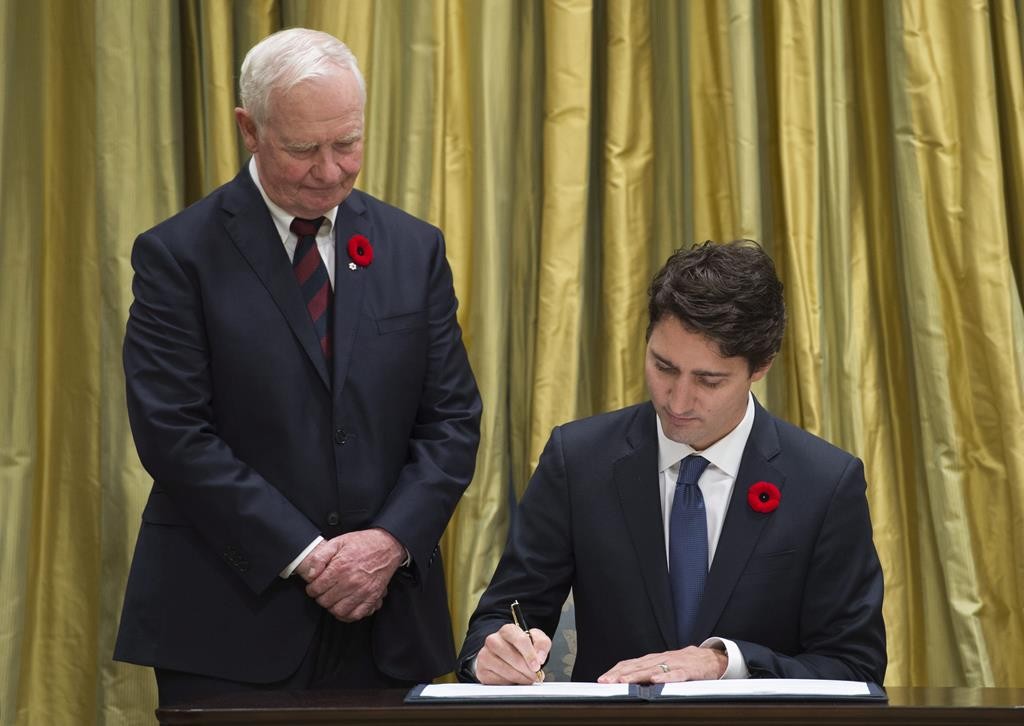 Justin Trudeau was sworn in Wednesday as Canada’s prime minister, following in his late father’s footsteps and restoring his nation’s liberal identity after almost 10 years of Conservative rule under Stephen Harper.

The 43-year-old Trudeau, a former school teacher and member of Parliament since 2008, became the second youngest prime minister in Canadian history.

He is the son of Pierre Trudeau, who served as prime minister from 1968 to 1984 with a short interruption and remains one of the few Canadian politicians known in other countries.

The new prime minister now has the chance to restore his father’s Liberal legacy, providing a generational change in the party’s leadership.

Most of Trudeau’s Cabinet members are between the ages of 35 and 50. Women make up half of the Cabinet.

“Canadians from all across this country sent a message that it is time for real change, and I am deeply honored by the faith they have placed in my team and me,” Trudeau said in a statement.

Harper, one of the longest-serving Western leaders, fought hard to reverse the image of a liberal Canada, cutting corporate and sales taxes and removing Canada from a climate change agreement.

Trudeau, by contrast, tapped into an appetite for change with a plan to reject austerity and spend billions on infrastructure, running deficits for three years to do so.