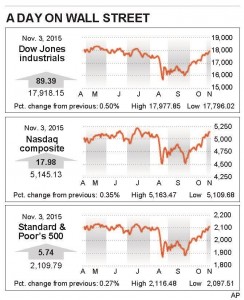 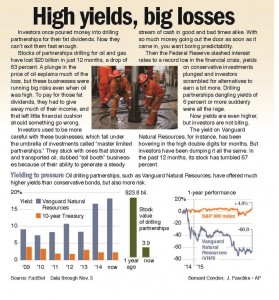 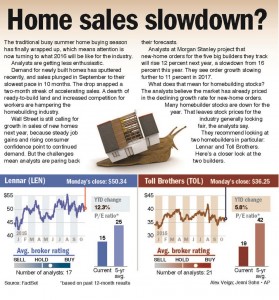 Oil and gas companies, one of the most battered parts of the market, saw another wave of investor interest. The energy sector of the S&P 500 rallied 2.5 percent. The advance was mostly on the back of a jump in the price of oil, which climbed 4 percent.

Investors found some good news in the monthly sales reports from the automakers. General Motors, Ford and others reported double-digit increases in sales from a year earlier, and some automakers are on pace to break annual sales records.

“Even with the market volatility this summer, there aren’t the signs that consumers are hunkering down,” said David Kelly, chief global strategist at JP Morgan Funds. “This could be good news heading into the holidays.”

Investors will be turning to economic data out later this week. The October jobs report comes out on Friday. If the survey comes in strong, it would raise market expectations that the Fed will raise interest rates at their December meeting. Economists surveyed by FactSet expect U.S. employers added 185,000 jobs in October and that the unemployment rate remained steady at 5.1 percent

This article appeared in print on page 30 of the November 4th, 2015 edition of Hamodia.