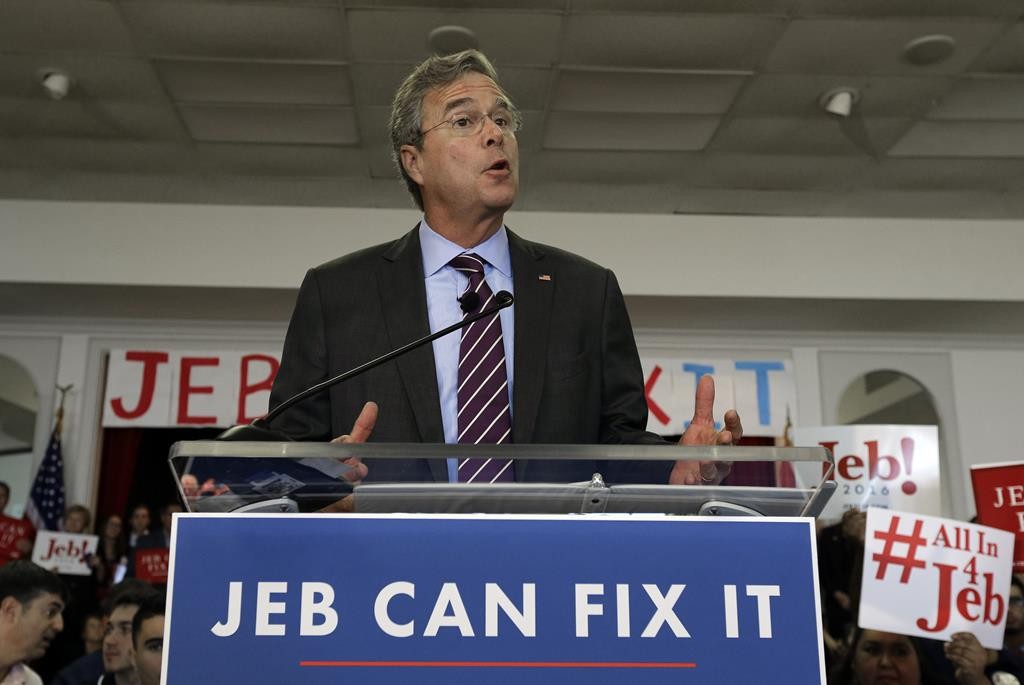 As longtime backers fret over the viability of Jeb Bush’s candidacy, the two-term Florida governor has an answer: “Jeb Can Fix It.”

The revamped slogan tells his story in more ways than he might have intended.

Bush launched the make-over on Monday at a long-planned campaign rally in friendly, home-state Florida, a reset to an underwhelming campaign for the Republican nomination. Principles and accomplishments — not style and flash — anchor the campaign, he told supporters.

That would account for Bush’s choice to use a can-do slogan that could apply as much to Bush’s effort to steady his campaign as it does to his sense of confidence about handling the nation’s problems.

“This election is not about a set of personalities. It’s about a set of principles,” Bush said, in a jab at rivals Donald Trump and Marco Rubio, and a nod to his flat performance in the debate last week in Colorado. As the audience at the Tampa Garden Club applauded, he added, “It is about leadership.”

Bush’s reset comes as a populist surge has propelled the outsider campaigns of bombastic developer Trump and retired neurosurgeon Ben Carson ­— and created an opportunity for Rubio, a freshman senator from Florida and former Bush protege, to make his appeal to the party establishment.

Bush has increasingly seen Rubio over recent weeks as his chief rival for the nod among mainstream Republicans, rather than devout social conservatives like Texas Sen. Ted Cruz or government outsiders like Ben Carson.

Bush is making some tactical changes, such as spending more sustained time in early voting Iowa, New Hampshire and South Carolina, with plans to visit the latter two Tuesday.