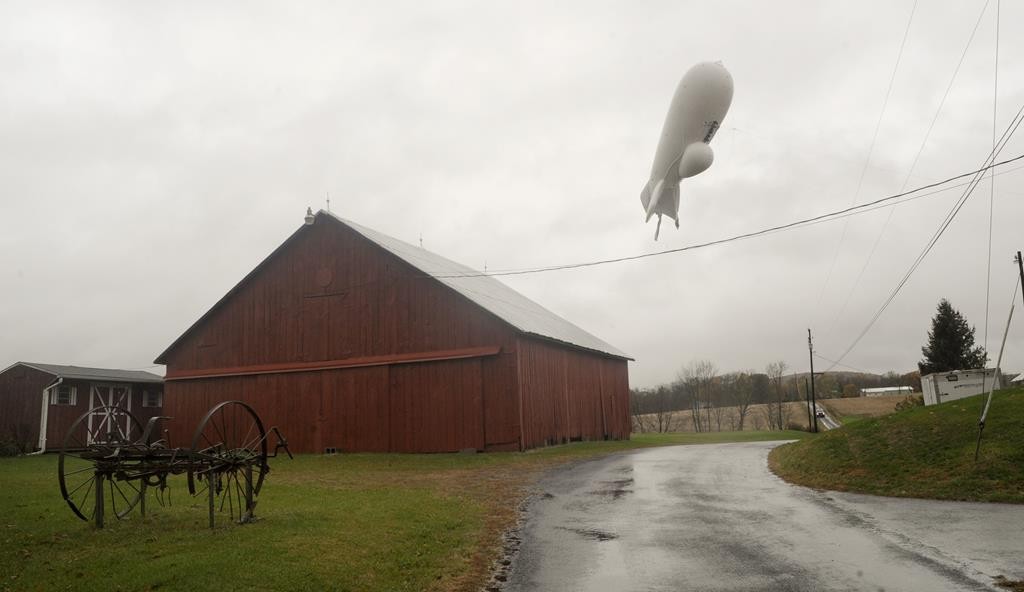 A high-tech U.S. military blimp designed to detect a missile attack came loose on Wednesday and wreaked havoc as it floated from Maryland into Pennsylvania, dragging its 10,000-foot-long cable behind it and knocking out power to thousands.

First, the tail portion of the blimp detached and came to the ground “with no reports of other damage or casualties,” Navy Captain Scott Miller said.

“The remainder of the aerostat has also grounded itself in Montour County,” Miller said.

It was not clear how the blimp became detached from its mooring station at Aberdeen Proving Grounds.

PPL Electric Utilities Corp said that at 3:45 p.m. there were about 17,800 customers without power in Columbia County, Pennsylvania, with another 9,000 out in Schuylkill County.

The blimp is known as the Joint Land Attack Cruise Missile Defense Elevated Netted Sensor System and was part of a $2.8 billion development project.