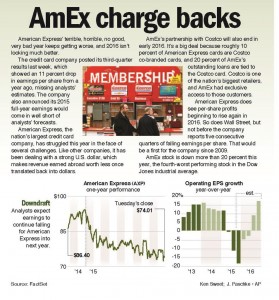 The market made only small moves as the Federal Reserve started a two-day meeting to discuss interest rates. The market has paused this week following an October rally that wiped out much of the losses from a late-summer plunge.

Investors are still concerned about the slow pace of the economic recovery in the U.S. and are wondering how the economy and the market will react when interest rates eventually start to rise. Few expect the Fed to raise interest rates this year. And while ultra-low rates tend to be favorable for stocks and bonds, many investors would like to see the uncertainty over interest rate policy resolved.

“We don’t think there’s going to be enough evidence between now and the end of the year to support a move by the Fed,” said Patrick Maldari, a senior fixed income investment specialist at Aberdeen Asset Management. “They just have not had the ammunition. The economic data continues to be weak.”

The price of U.S. oil fell almost 2 percent and reached its lowest level since the market turmoil of late August. Oil prices had recovered some of their losses from this summer as companies cut back on production.

Energy analyst Jim Ritterbusch said a recent increase in oil stockpiles, the result of decreased refining production, has sent oil prices back down. Ritterbusch says he thinks crude will slip back to its August lows of around $38 a barrel and stay there through the end of 2015.

Health care was the only sector to rise after some of the world’s largest drug companies announced strong results. Pfizer raised its profit forecast after its third-quarter results came in better than expected, while Bristol-Myers said sales of key new medicines like the cancer drugs Opdivo and Yervoy improved. Pfizer rose 83 cents, or 2.4 percent, to $34.99 and Bristol-Myers added $2.25, or 3.5 percent, to $66.80.

— UPS slumped after the package delivery company surprised investors by saying its revenue dipped in the third quarter. The stock fell $3.08, or 2.9 percent, to $103.10.

— Alibaba, the Chinese e-commerce giant, said it got a big boost from mobile sales in the third quarter. The results reassured investors about Alibaba’s performance while prospects for the Chinese economy remain uncertain. Alibaba rose $3.09, or 4 percent, to $79.44. Yahoo, which owns a big stake in Alibaba, picked up 90 cents, or 2.7 percent, to $34.30.

Earnings continued to pour in after the close of regular trading. Apple’s results were stronger than expected and the tech giant said it expects to surpass last year’s record of 74.5 million iPhones sold in the December quarter. The stock rose $3.21, or 2.8 percent, to $117.76 in late electronic trading.

Twitter skidded $3.39, or 10.8 percent, to $27.95 aftermarket after Wall Street was disappointed with the messaging service’s fourth-quarter outlook.