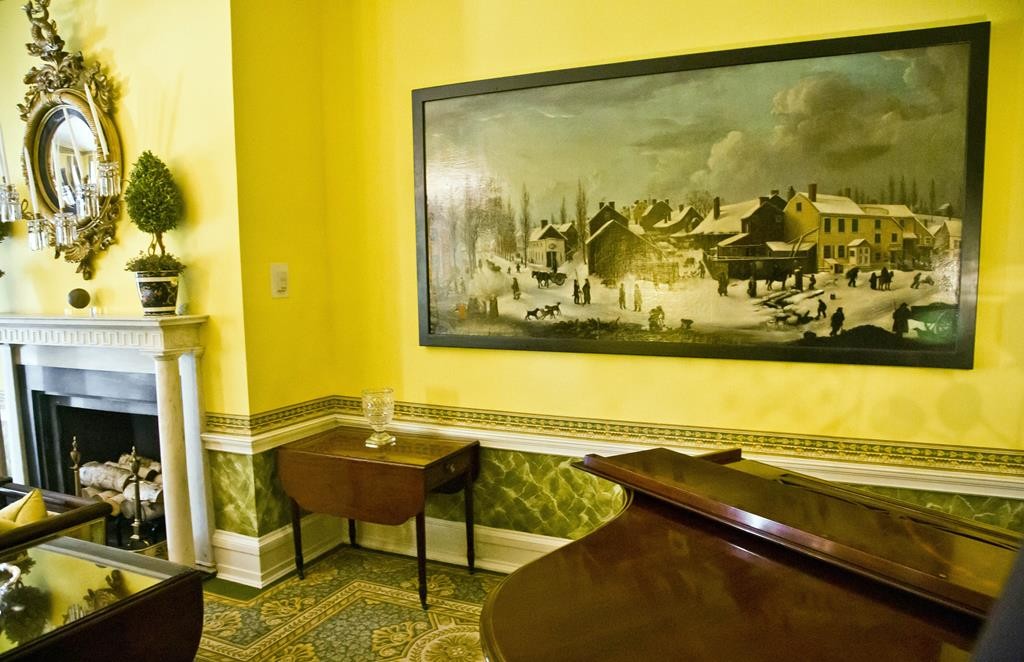 A portrait of Frederick Douglass. A tomahawk used by a Native American who surrendered land to colonists. A painting of a former slave market.

Mayor Bill de Blasio and his wife, Chirlane McCray, have installed new artwork at Gracie Mansion that they say depicts the full history of New York City, diversifying the subjects of the mayoral mansion’s collection in order to capture what life was truly like in 1799 when the home was built.

“Our aim is to tell a richer story of New York in 1799,” Paul Gunther, the executive director of The Gracie Mansion Conservancy, said Friday. “Before, [the exhibits at the mansion] were certainly correct but limited to the Anglo-Dutch aristocracy. That was only one tiny part of the New York story.”

The exhibit, entitled “Windows on the City,” is the first major display of artwork de Blasio and his wife have commissioned for the mansion. They live upstairs, becoming the first family to live the home since 2001. Former Mayor Michael Bloomberg opted to remain at his own home on Manhattan’s Upper East Side, but he authorized a major rehabilitation of the mansion, which he used for meetings and ceremonial events.

The home recently went through an extensive repair, including a roof replacement and asbestos abatement.

It will reopen to the public for tours this week and visitors will be greeted with the new exhibit, which has as its centerpiece the original Gradual Emancipation Act of 1799, which began the process of ending slavery in New York. That difficult history is a threaded throughout the exhibit, which includes portraits of former slaves Douglass and Pierre Toussaint. There is also a tomahawk given to a colonist by the chief warrior of the Iroquois when he surrendered his land.

The exhibit also features a painting that portrays downtown Brooklyn — now dotted with skyscrapers and often clogged with traffic — as a small village in the 1820s, as well as a series of watercolors of street merchants peddling their goods. That display is supplemented by a video in which actors replicate the merchants’ loud cries.

Tours of the home will not include the mayoral residence upstairs or the porch where the home’s former owner, Archibald Gracie, and Alexander Hamilton struck a deal to found the New York Post which, ironically, has become a thorn in the side of many mayors, including de Blasio.