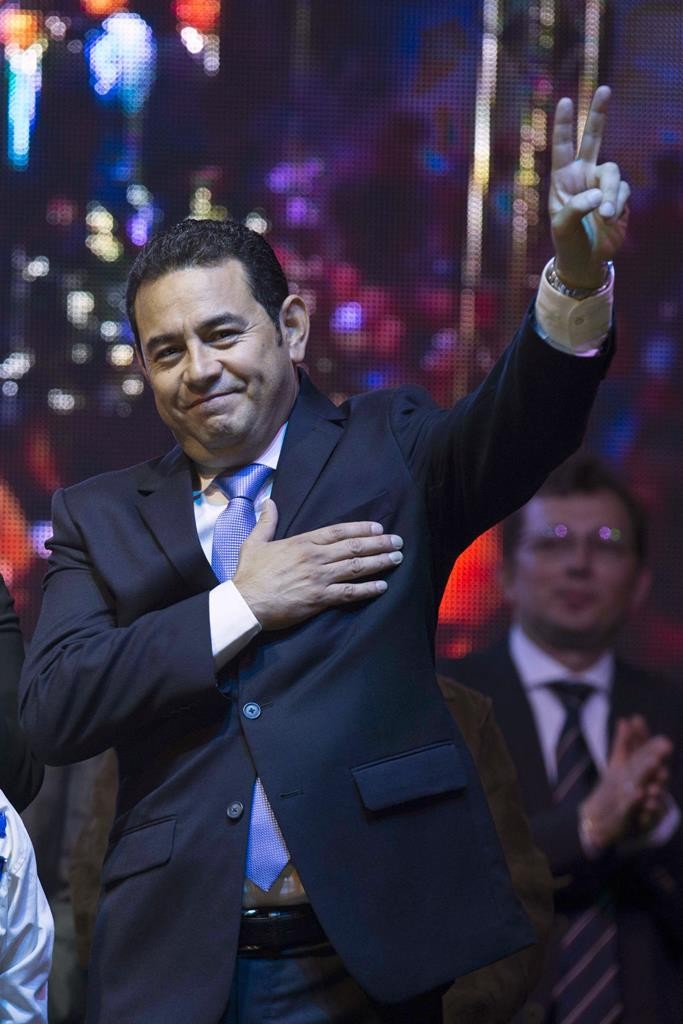 Now that former comedian Jimmy Morales has ridden a tide of voter frustration to win Guatemala’s presidency in a landslide, it remained unclear Monday what the political neophyte might do once in office.

So far he’s given few clues, beyond hinting at reviving a dormant border dispute with neighboring Belize, or attaching GPS locating devices to teachers to ensure they’re in class.

His biggest campaign pledge – like that of nearly all other candidates – was to fight the entrenched corruption that forced the resignation of his predecessor, Otto Perez Molina, but Morales has spoken little about his own party’s ties to some of the most conservative sectors of Guatemala’s military, which has been struggling to avoid being held accountable for massacres committed during the country’s 1960-1996 civil war.

“Jimmy Morales has no concrete plans to fight corruption, or anything else, for that matter. He just doesn’t have any,” said political analyst Renzo Rosal, who thinks the average voter went for Morales because “it’s better to have him than the other gang of thieves.”

He predicted that Morales, whose nationalistic National Convergence Front won few seats in Congress, will wind up cobbling together alliances with the very ruling elite that was targeted by mass anti-corruption protests this summer.

Officials results showed him winning around 68 percent of the votes with 97 percent of polling stations tallied, swamping the vote total of former first lady Sandra Torres, who conceded defeat.