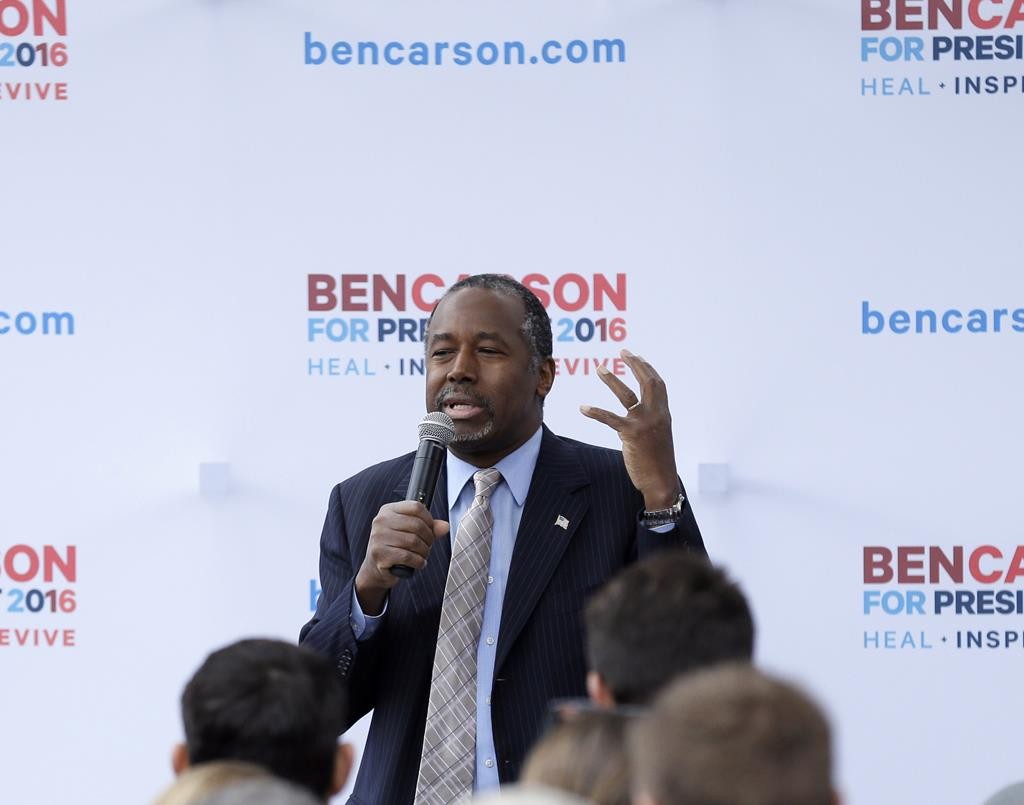 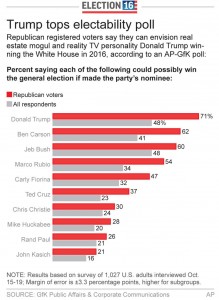 Republican voters view Donald Trump as their strongest general election candidate, according to an Associated Press-GfK poll that highlights the sharp contrast between the party’s voters and its top professionals regarding the billionaire businessman’s ultimate political strength.

Seven in 10 Republican and Republican-leaning registered voters say Trump could win in November 2016 if he is nominated, and that’s the most who say so of any candidate. By comparison, 6 in 10 say the same for retired neurosurgeon Ben Carson, who, like Trump, has tapped into the powerful wave of antiestablishment anger defining the early phases of the 2016 contest.

“It’s the lifelong establishment politicians on both sides that rub me the wrong way,” said registered Republican Joe Selig, a 60-year-old carpenter from Vallejo, California. “I think Trump is more electable. He’s strong. We need strength these days.”

Trump and Carson are considered among the least electable general election candidates by the Republican Party’s professionals, those who are in the business of helping candidates run campaigns and win elections.

“Republicans think (Democrat) Hillary (Rodham Clinton) is weaker than she is. They are wrong,” said GOP operative Katie Packer, who was deputy campaign manager for 2012 Republican nominee Mitt Romney. “They think we don’t need to win more women or more Hispanics to win. They’re wrong.”

Former Florida Gov. Jeb Bush, who has embraced a welcoming tone with Hispanics, tops the field of experienced political leaders on the question of electability, running about even with Carson and slightly behind Trump.

Six in 10 Republicans say Bush could win the general election and 54 percent say the same about Florida Sen. Marco Rubio. There’s a drop-off among the rest of the GOP’s 2016 crowded class. None of the other candidates is viewed as electable in a general election by more than half of Republican voters.