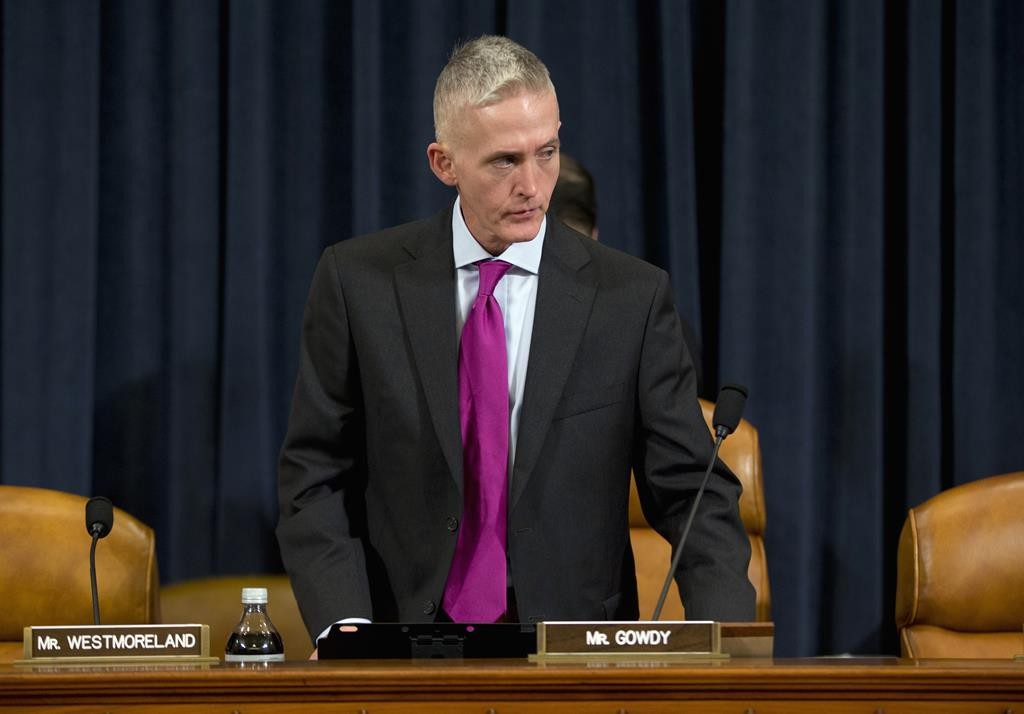 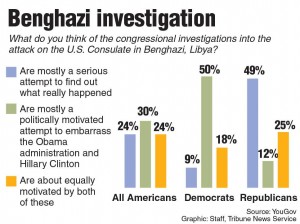 Hillary Rodham Clinton strove to close the book on the worst episode of her tenure as secretary of state Thursday, battling hours of Republican questions in a hearing that grew contentious but revealed little new about the 2012 attacks in Benghazi, Libya. She firmly defended her record while seeking to avoid any mishap that might damage her presidential campaign.

Pressed about events before and after the deaths of four Americans, Clinton had confrontational exchanges with several GOP lawmakers but also fielded supportive queries from Democrats. The most combative moments focused on accusations about the Obama administration’s shifting early public accounts of the attacks.

However, there were few questions for the Democratic presidential front-runner about the specific events of Sept. 11, 2012, which Clinton said she continues to lose sleep over. “I have been wracking my brain about what more could have been done or should have been done,” she told the House Benghazi Committee.

The panel’s chairman, Trey Gowdy, portrayed the panel as focused on the facts after comments by fellow Republicans describing it as an effort designed to hurt Clinton’s presidential bid. Democrats have pounced on those earlier remarks and have pointed out that the probe has now cost U.S. taxpayers more than $4.5 million and has lasted longer than the 1970s Watergate investigation.

In one tense moment, Republican Rep. Jim Jordan of Ohio accused Clinton of deliberately misleading the public by linking the Benghazi violence at first to an internet video insulting the founder of Muslim. Clinton, stone-faced for much of the hearing, smiled in bemusement as Jordan cut her off from answering.

The argument went to the origins of the disagreement over Benghazi and how President Barack Obama and his top aides represented the attack in the final weeks of his re-election campaign. For Clinton, the political theater offered opportunity and potential pitfalls. It gave her a high-profile platform to show her self-control and command of foreign policy. But it also left her vulnerable to claims that she helped politicize the Benghazi tragedy.

There were no gaffes for Clinton and — beyond that exchange — few heated interactions. She never raised her voice as she had at a Senate hearing on Benghazi in January 2013, when she shouted: “What difference, at this point, does it make?” Given that Republicans campaigned off that oft-repeated sound bite, the lack of an indelible image from Thursday’s hearing will have suited Clinton’s campaign fine.

Instead, it was the panel’s members who engaged among themselves in the nastiest fight, with Clinton merely observing. Democrats pressed for the release of the full transcript of a Clinton adviser’s private testimony, drawing Gowdy into an angry debate. The panel eventually voted against the release, all five Democrats in favor, all seven Republicans against.