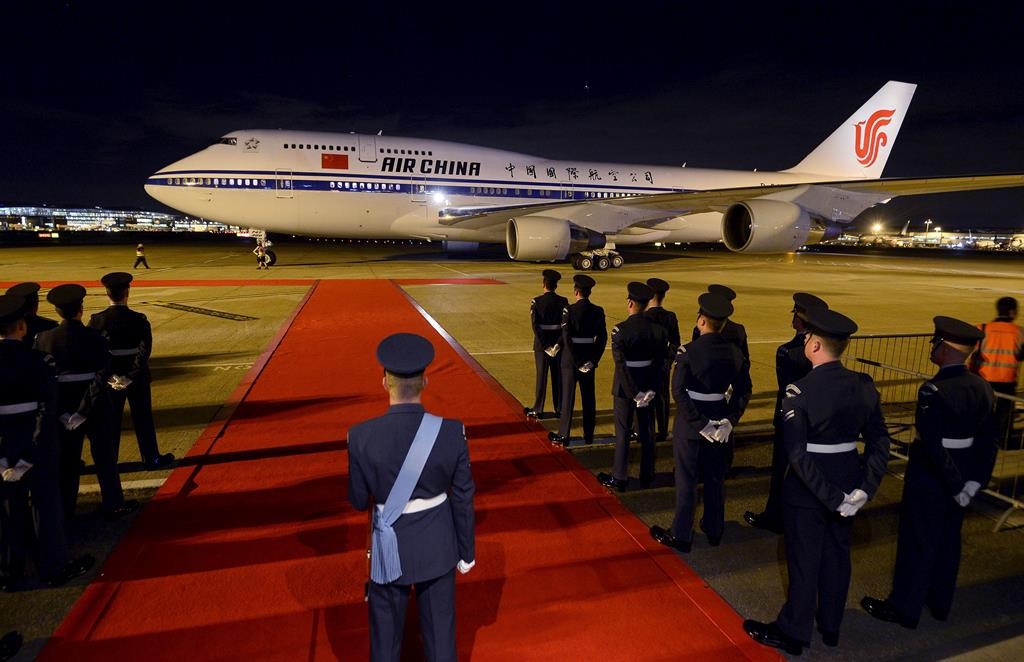 Chinese President Xi Jinping arrived in Britain Monday for a four-day state visit as part of a push to increase trade ties between the two countries.

Xi and his wife Peng Liyuan will spend several nights at Buckingham Palace, hosted by Queen Elizabeth II and Prince Philip, after an elaborate formal welcome and a carriage ride to the palace Tuesday.

“It’s a real opportunity to deepen our relationship and I’m delighted President Xi is spending so much time here,” Cameron said, adding that Chinese investment in major British infrastructure projects is generating jobs in Britain.

Protests over China’s human rights record are expected throughout Xi’s visit, which is scheduled to end Friday.

Meanwhile, The Obama administration said Monday that China’s currency remains undervalued in relation to the U.S. dollar but it did not cite the country for unfairly manipulating its currency to gain trade advantages.

In a new Treasury Department report, the administration noted that China sent global markets plunging in August with a surprise devaluation of the yuan. Since then, China’s currency, also known as the renminbi, has fallen 2.3 percent against the dollar.

Treasury said it will be important for China to allow its currency to again rise in value against the dollar when market forces dictate such a move.

The report, which Treasury is required by law to submit to Congress twice a year, did not charge any country with unfair currency manipulation. Such a designation could ultimately lead to trade sanctions.