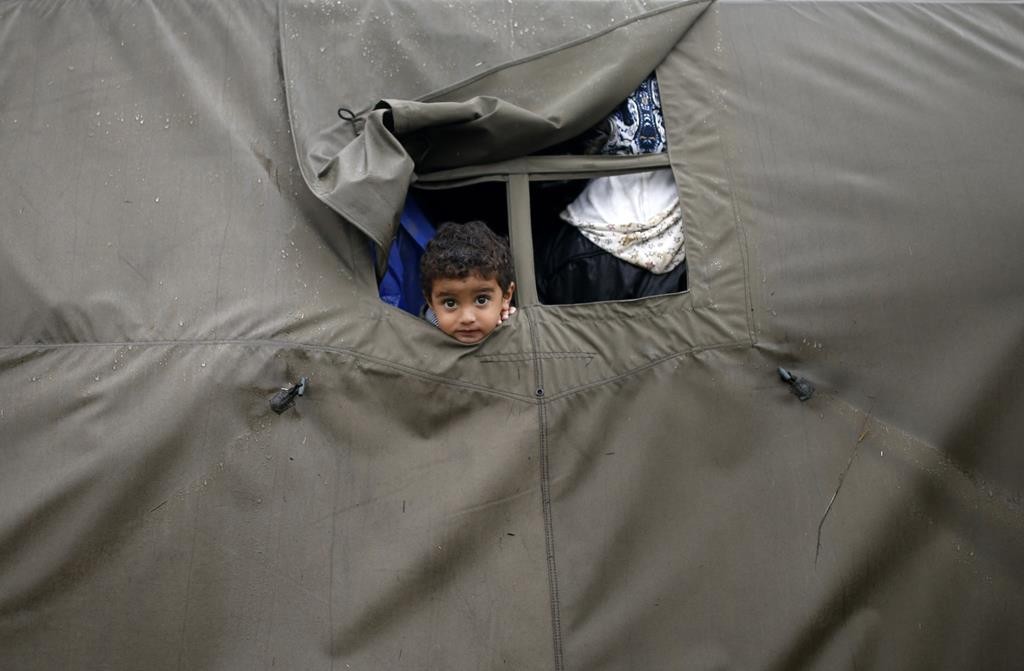 The Balkans struggled with a growing backlog of migrants on Monday after Hungary sealed its southern border and Slovenia tried to impose a limit, leaving thousands stranded on cold, rain-drenched borders where tempers frayed.

Having declared it would accept only 2,500 per day, Slovenia said 5,000 migrants had arrived from Croatia on Monday.

Around 2,000 more trekked through fields and along railway tracks over the border, having apparently arrived by train; they were rounded up by Slovenian police on the other side as a helicopter circled overhead, and escorted to a camp with capacity for 400, a Reuters reporter said.

“Croatia is ignoring our pleas, our plans,” Bostjan Sefic, state secretary at Slovenia’s interior ministry, told a news conference, saying the army would be called in to help if such a rate continued.

Attempts by Slovenia to ration the flow since Hungary sealed its border with Croatia at midnight on Friday have triggered a knock-on effect through the Balkans; Croatia began holding back new arrivals and Serbia said it might do the same on its border with Macedonia.

More than 10,000 were stranded in Serbia, the United Nations refugee agency (UNHCR) said, with more on the way but nowhere to go.

“It’s like a big river of people, and if you stop the flow, you will have floods somewhere. That’s what’s happening now,” UNHCR spokesman Melita Sunjic said from the Serbia-Croatia border, where about 2,000 people waited in a muddy no-man’s land.

The European Union has agreed on a plan, resisted by Hungary and several other ex-communist members of the bloc, to share out 120,000 refugees among its members, a small proportion of the 700,000 migrants the International Organization for Migration (IOM) projects will reach Europe’s borders from the Middle East, Africa and Asia this year.

It is also courting Turkey with the promise of money, easier EU travel for Turks and “re-energized” accession talks if Ankara tries to stem the flow of migrants across its territory.