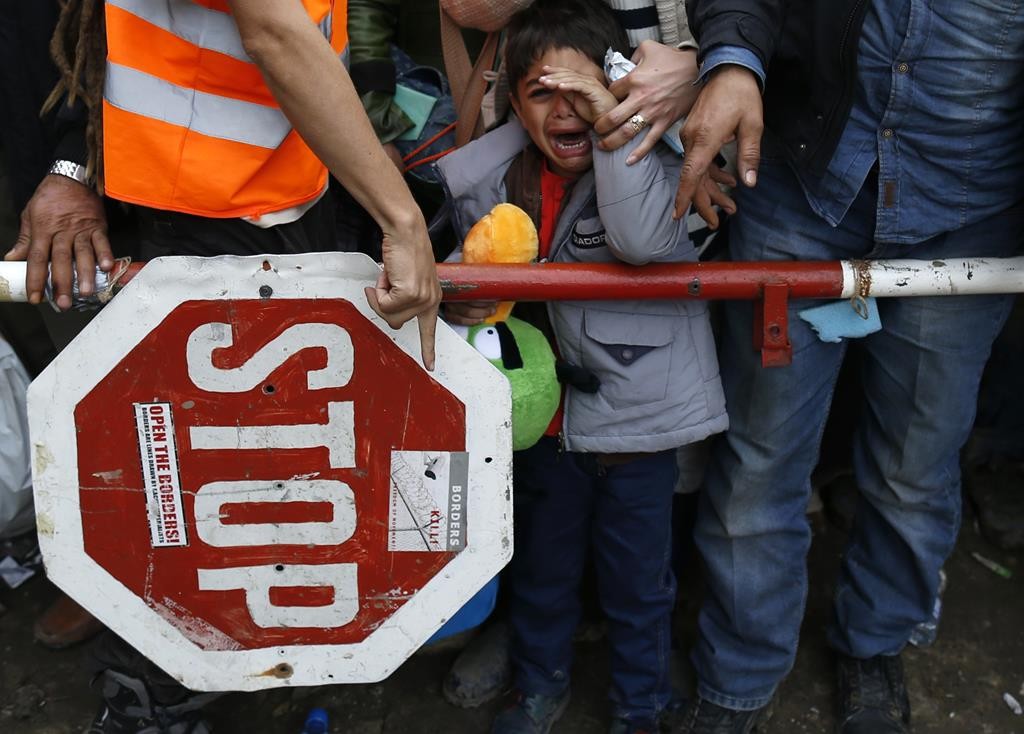 Tension was building among thousands of migrants as they remained stranded in fog and cold weather in the Balkans on Sunday in their quest to reach a better life in Western Europe, a day after Hungary closed its border with Croatia and the flow of people was redirected to a much slower route via Slovenia.

Tiny Slovenia has said it will only take in 2,500 people a day, significantly stalling the movement of people as they fled their countries in the Middle East, Asia and Africa. On Saturday, more than 6,000 people reached Croatia, but most of them were stuck in the country as well as in neighboring Serbia on Sunday —  and thousands kept on arriving.

On the Serbian-Croatian border, tensions flared and scuffles erupted as hundreds of irritated migrants faced a cordon of Croatian policemen preventing them from entry.

The Balkan migrant route switched to Slovenia early Saturday after Hungary’s right-wing government closed its border to Croatia for the influx, citing security concerns and saying it wants to protect the European Union from an uncontrolled flow of people.

Slovenian officials said they can’t accept 5,000 migrants per day as asked by Croatia, which is likely to cause a further backlog in the flow. Interior Ministry official Bostjan Sefic said Slovenia can’t take more than neighboring Austria, which said it can accept 1,500 per day.

The United Nations refugee agency warned that Hungary’s decision to close its border for migrants has increased their suffering and could lead to a backlog down the so-called Balkan route that goes from Turkey through Greece, Macedonia, Serbia and Croatia.

The Hungarian border closure is the latest demonstration of EU’s uncoordinated response to the surge of people reaching its borders. More than 600,000 people, mostly Syrians, have reached Europe since the beginning of this year.

German Chancellor Angela Merkel met with Turkish leaders on Sunday to promote an EU plan that would offer aid and concessions to Turkey in exchange for measures to stem the mass movement of migrants into Europe.

Merkel arrived in Istanbul as thousands of new arrivals a day are stretching Germany’s capacity to house refugees and other migrants.