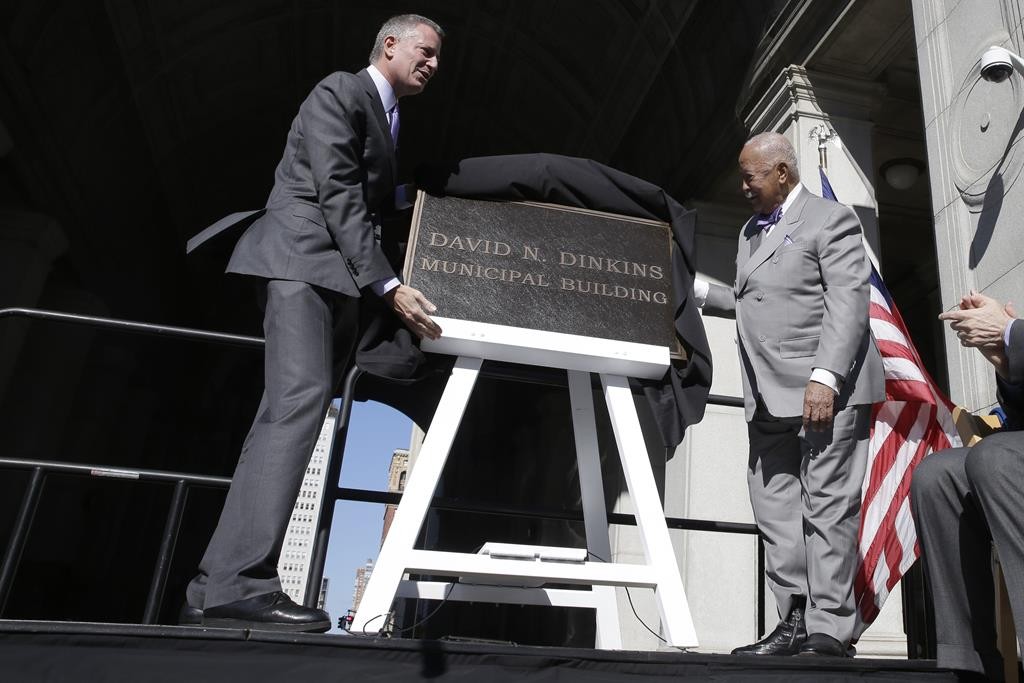 Mayor Bill de Blasio renamed Manhattan’s Municipal Building for a predecessor, one for whom he worked as a staffer 25 years ago.

The building was renamed for David Dinkins on Thursday. It houses government offices as well as the offices of Comptroller Scott Stringer and Public Advocate Letitia James.

Dinkins, now 88, was New York’s first African American mayor. He was elected in 1989 and served one term. He is most remembered for accusations he ordered police not to respond after Yankel Rosenbaum, Hy”d, was killed on the streets of Crown Heights, which set off three days of rioting.

The riots led the deeply liberal city to elect Republicans for the next five terms. The first Democrat elected mayor since Dinkins was Bill de Blasio, in 2013. De Blasio had been a staffer in the Dinkins administration.