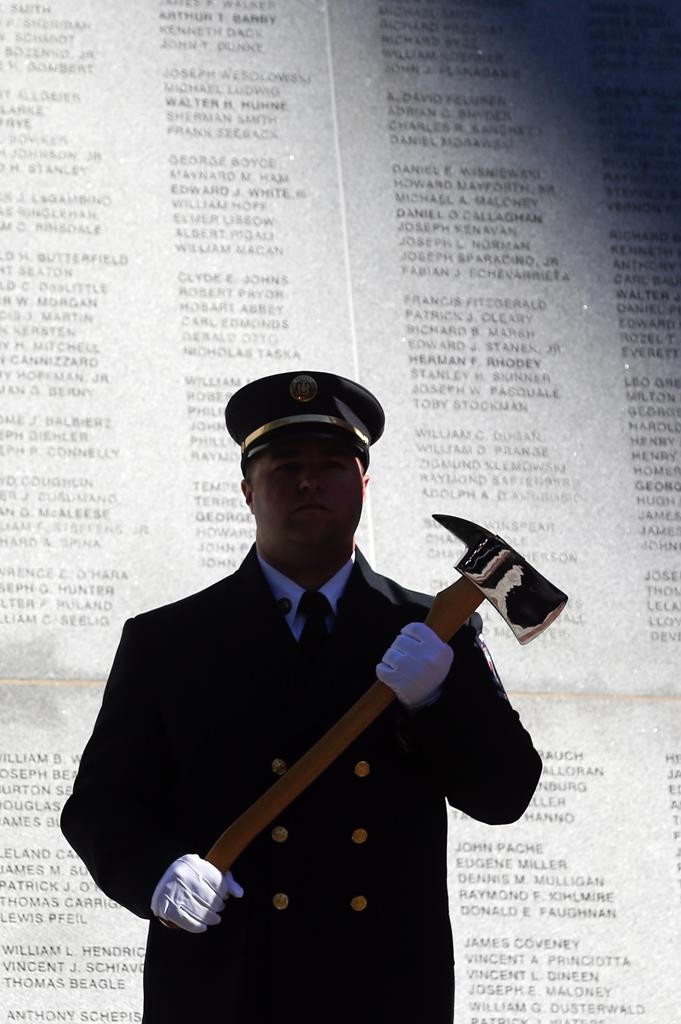 More than 200 firefighters, families and officials gathered on Tuesday at the New York State Fallen Firefighters Memorial at the Empire State Plaza in downtown Albany to recognize eight whose names are being added.

The memorial, dedicated in 1998, honors nearly 2,400 people who have died in the line of duty as professional or volunteer firefighters. The earliest name is from 1811.

Among the new names is Lt. Gordon Ambelas of the New York City Fire Department, who died in 2014 two weeks after he was feted for saving the life of a Williamsburg yeshivah boy stuck in a roll-up gate.