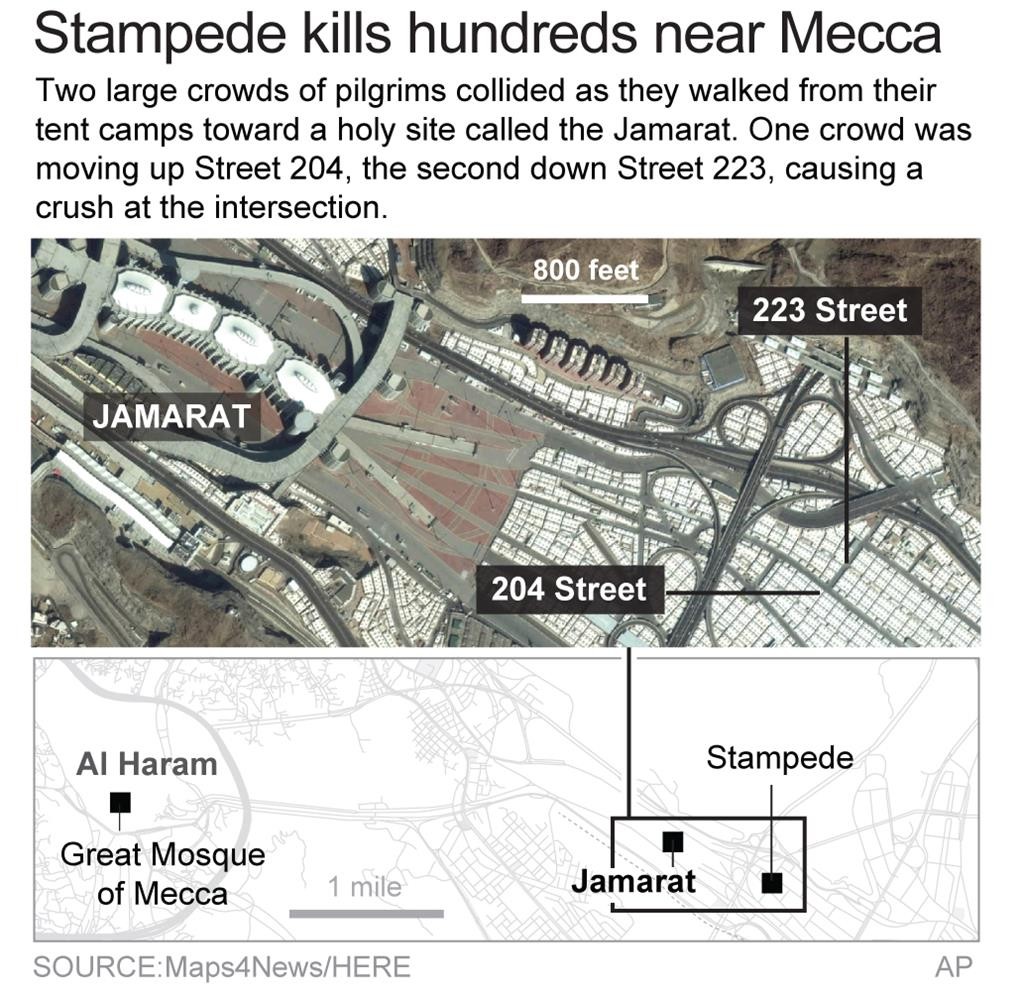 A human stampede killed at least 717 pilgrims and injured hundreds more Thursday on the outskirts of the city of Mecca in Saudi Arabia, the deadliest tragedy to strike the annual hajj pilgrimage in more than two decades.

At least 863 pilgrims were injured in the crush, said the Saudi civil defense directorate, which provided the death toll. The tragedy struck as Muslims around the world marked the start of a Muslim holiday.

It was the second major disaster during this year’s hajj season, raising questions about the adequacy of measures put in place by Saudi authorities to ensure the safety of the roughly two million Muslims taking part in the pilgrimage. A crane collapse in Mecca nearly two weeks earlier left 111 people dead.

Many of the victims were crushed and trampled to death as they were on their way to Mina, a large valley about three miles from Mecca that has been the site of hajj stampedes in years past. The area houses more than 160,000 tents where pilgrims spend the night during the pilgrimage.

Two survivors interviewed by The Associated Press said the disaster began when one wave of pilgrims found themselves heading into a mass of people going in another direction.

The kingdom’s Interior Ministry said later Thursday that the crush appears to have been caused by two waves of pilgrims meeting at an intersection. King Salman ordered the creation of a committee to investigate the incident, it added.