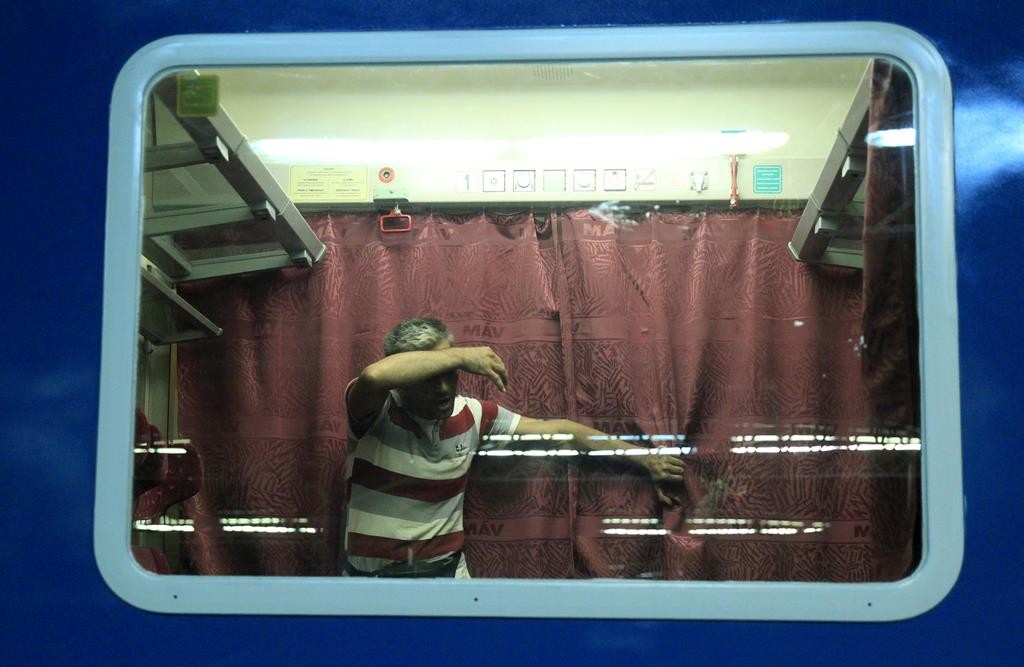 French and German leaders reminded other European countries Monday of their shared responsibility toward refugees, as one official blamed harsh government policy for the deaths of dozens of migrants crammed into a truck.

An emergency meeting was called for Sept. 14 on the migrant crisis in which more than 300,000 people have crossed the Mediterranean this year — often those fleeing Syria, Eritrea, Iraq and Afghanistan.

“Europe as a whole must move and its states must share the responsibility for refugees seeking asylum,” said Chancellor Angela Merkel of Germany, whose country is expected to see 800,000 asylum applications this year.

“If Europe fails on the question of refugees, this close connection with universal civil rights … will be destroyed and it won’t be the Europe we want,” she said.

French Prime Minister Manuel Valls, announcing plans for a refugee center on the English Channel port of Calais, where thousands of migrants have been gathering trying to make their way to Britain, said firmness must be tempered with humanity.

The influx has raised tensions among neighbors, with Greece and Italy accused of failing to stop the migrants from moving farther north. Germany’s decision to allow Syrians to apply for protection there has troubled Hungary, which thinks the move is attracting more people to Europe.

Walls have been erected, razor wire unspooled, and border security stepped up, threatening passport-free travel among European nations that also permit the smooth passage of goods, services and business. About 160,000 migrants have been detained this year in Hungary, which has erected a fence on its border with Serbia.