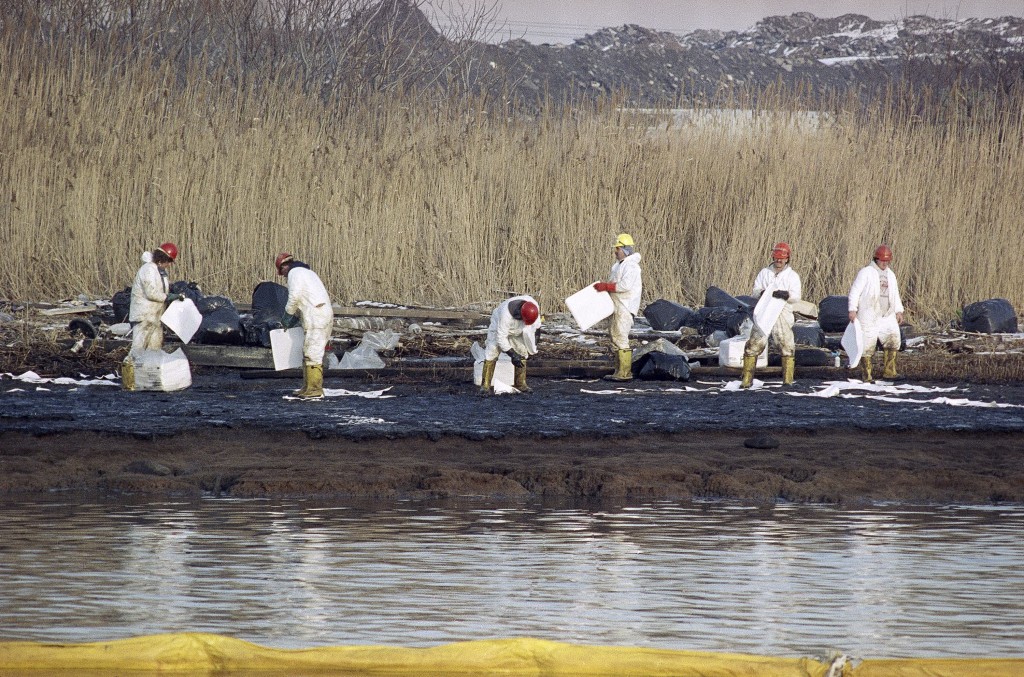 Superior Court Judge Michael Hogan ruled that while the deal is much less than the $8.9 billion the state originally sought, it is a “reasonable compromise” considering “substantial litigation risks” faced by the state in the case that spanned both Democratic and Republican governors.

The settlement is “fair, reasonable, in the public interest, and consistent with the goals of the Spill Compensation and Control Act,” the judge wrote, noting that the settlement is on top of Exxon’s responsibility to clean up the sites.

New Jersey sued ExxonMobil for natural-resources damage in 2004. The idea was to hold the company responsible not only for cleaning up polluted areas — which include two oil refineries in Bayonne and Linden and other sites and retail gas stations across New Jersey — but to compensate the public for the alleged harm to groundwater, surface water and other ecological resources.

Christie, a Republican running for his party’s presidential nomination, has hailed the deal as the nation’s second-largest of its kind against a corporate polluter.

“This is an important settlement for the citizens of New Jersey and for our environment, one which came about because this administration aggressively pushed the case to trial,” Acting Attorney General John Hoffman said.

The deal was criticized by environmental groups and Democrats, a majority in the state Legislature, who say the settlement is just a fraction of the billions of dollars New Jersey should have recovered.

Hogan opens his 81-page ruling with a quote from a previous, unrelated case: “Nearly any consent decree can be viewed simultaneously as ‘a crackdown or a sellout.'”

The deal covered properties such as the gas stations that were not part of the lawsuit. It calls for the oil company to pay for environmental remediation at the sites for an as-yet-unknown cost.

Environmental advocates complain that the amount of cleanup the company must do is less under the settlement than it would have been if the state had prevailed in the lawsuit. For instance, a state expert said the cleanup and restoration of one site would have come to $2.7 billion. But under the agreement, the company could do a lower-cost remediation rather than a full restoration.

Environmentalists and critics of Christie contend the deal was a giveaway for a major company.

Hogan presided during 66 days of trial from January 2014 to September 2014 that included dueling damage estimates from experts hired by the state and Exxon. He said he was just beginning to work on a ruling when he received notice that the state and Exxon had reached a settlement in February 2015.

His decision to approve came after a 60-day public comment period. He said the vast majority of more than 16,000 public comments opposed the settlement.

Todd Spitler, a spokesman for Exxon, said the settlement brings the case to a “fair and reasonable conclusion.”

“Both parties will now have the benefit of the certainty and finality that comes from this settlement,” he said.