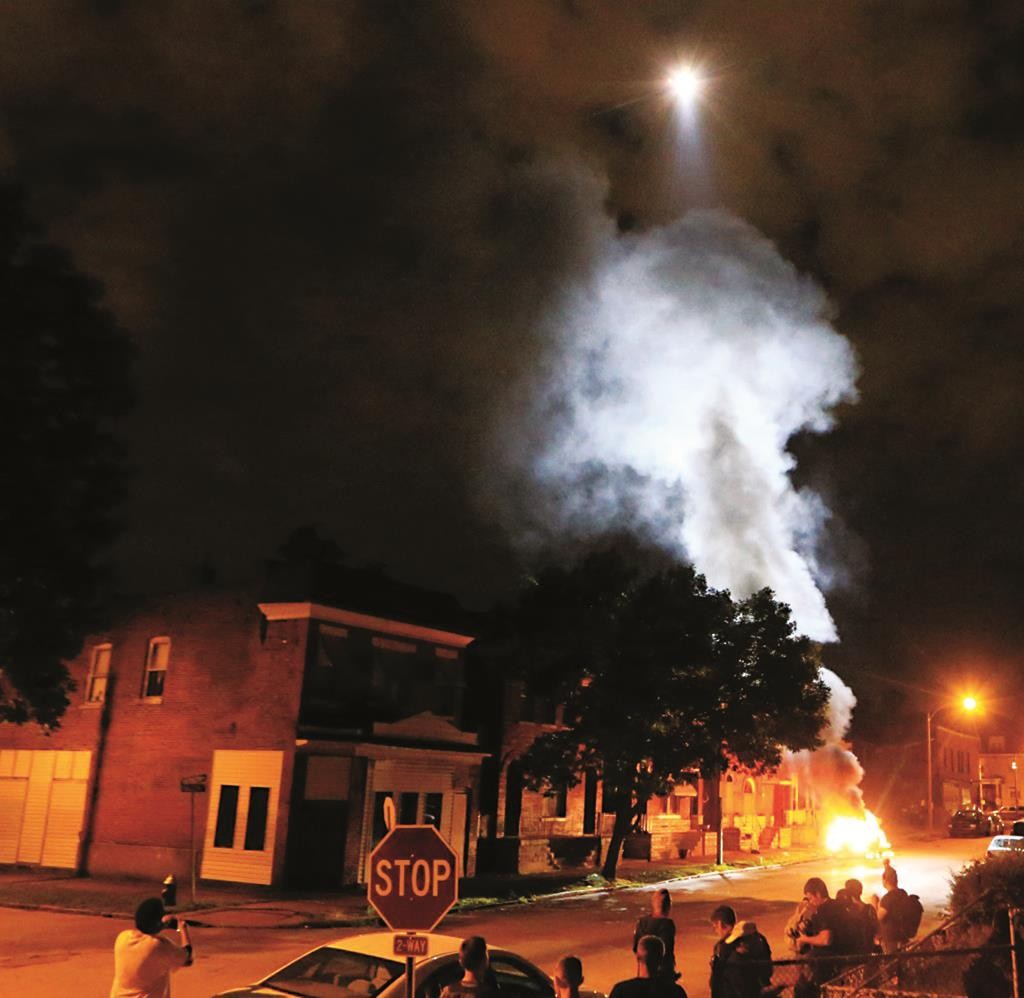 Officers arrested at least nine people and deployed tear gas amid protests in St. Louis over the death of a black 18-year-old who was fatally shot by police after he pointed a gun at them, the city’s police chief said.

Chief Sam Dotson said at a news conference late Wednesday that a group of protesters who had blocked an intersection threw glass bottles and bricks at officers and refused orders to clear the roadway. Police initially deployed smoke canisters in hopes of dispersing the crowd but later resorted to tear gas, Dotson said. Those arrested face charges of impeding the flow of traffic and resisting arrest, he said. A vacant building and at least one car were burned.

The demonstration was one of several Wednesday after the killing of Mansur Ball-Bey of St. Louis. Tensions were already high after violence erupted during events marking the anniversary of the death of Michael Brown, the 18-year-old fatally shot last year by a police officer in nearby Ferguson.

Earlier Wednesday, two police officers serving a search warrant encountered Ball-Bey and another suspect at a home in a crime-troubled section of the city’s north side, the chief said. The suspects were fleeing the home as Ball-Bey, who was black, turned and pointed a handgun at the officers, who shot him, Dotson said. He died at the scene.

Both officers, who are white, were unharmed, according to a police report.

Police are searching for the second suspect, who they said is believed to be in his mid- to late teens.