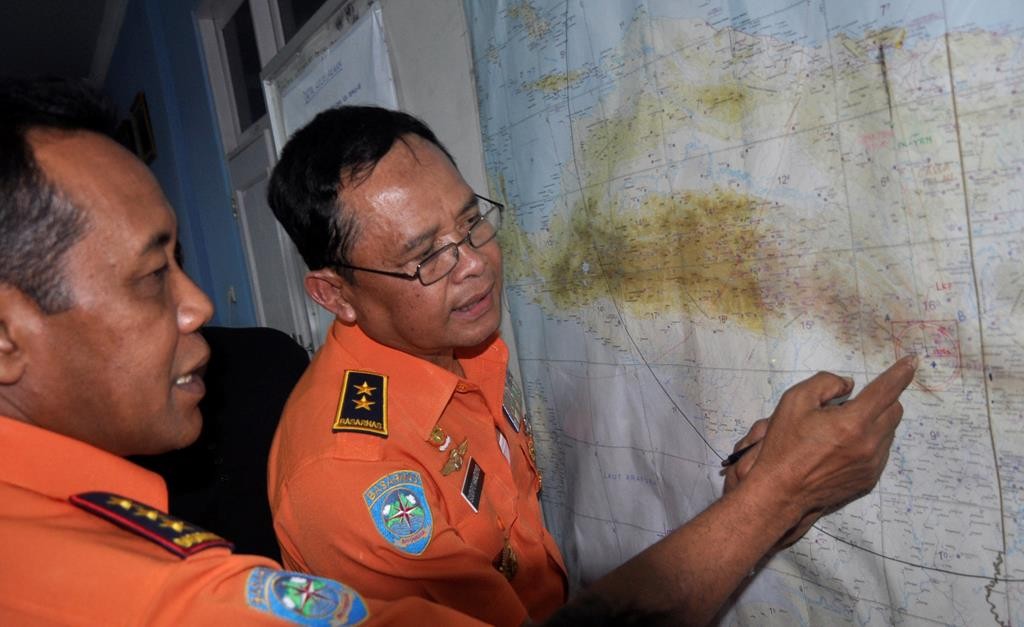 An airplane with 54 people on board that crashed in the mountains of eastern Indonesia was carrying nearly half a million dollars in government cash for poor families to help offset a spike in fuel prices, an official said Monday.

Smoldering wreckage of the Trigana Air Service turboprop plane was spotted from the air Monday morning in a rugged area of the easternmost province of Papua, rescue officials said. There was no immediate word of any survivors from Sunday’s crash, which happened in bad weather.

Four postal workers aboard the plane were escorting four bags of cash totaling $468,750 in government fuel aid, Franciscus Haryono, the head of the post office in Jayapura, the provincial capital, told The Associated Press.

The ATR42-300 twin turboprop plane was flying from Jayapura to the city of Oksibil when it lost contact. “Smoke was still billowing from the wreckage when it was spotted by a plane search,” said Henry Bambang Soelistyo, the chief of the National Search and Rescue Agency. He said bad weather and rugged terrain were hampering efforts to reach the wreckage, located at an altitude of 8,500 feet.

He said elite forces from the air force and army will build a helipad for evacuation purposes near the crash site. Much of Papua is covered with impenetrable jungles and mountains. Some planes that have crashed in the past have never been found.