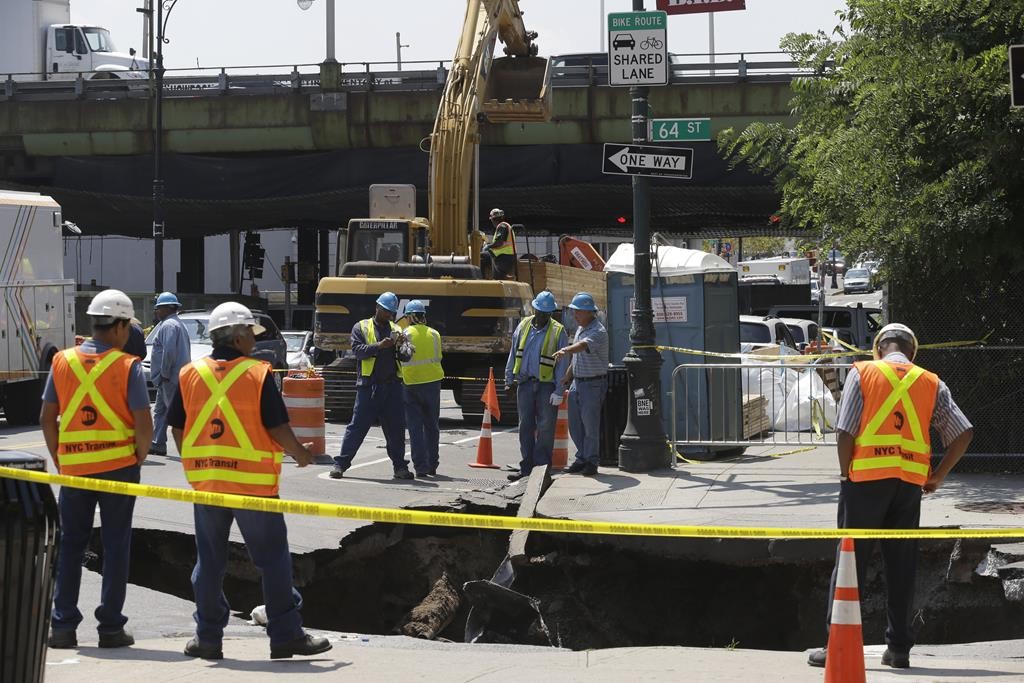 The FDNY says no injuries are reported after a sinkhole devoured part of a street in Sunset Park, which adjourns Boro Park.

The incident occurred around 7 a.m. Tuesday at 5th Avenue and 64th Street, where a crater sprawled across two lanes and stretched into an intersection.

National Grid was on the scene because gas lines are affected.