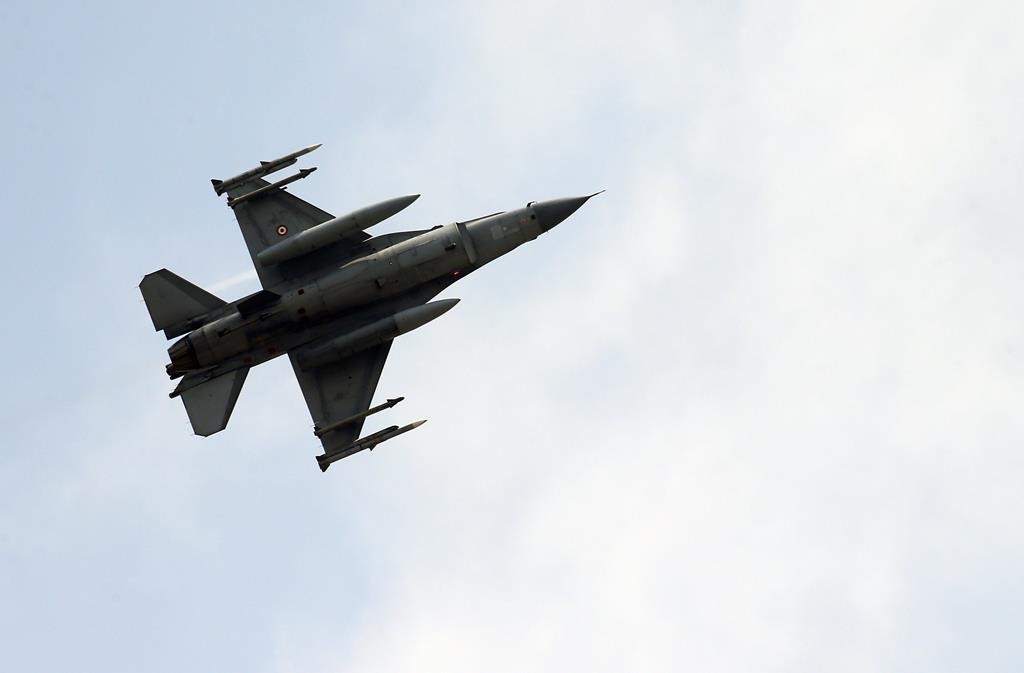 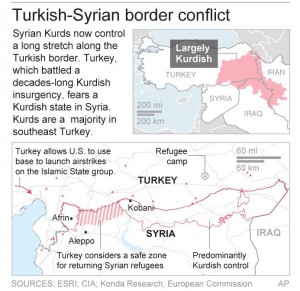 Fighting between the Turkish military and Kurdish rebels escalated Tuesday amid signs of unease from NATO allies attending an emergency meeting about Turkey’s conflicts with the Islamic State group and the Kurds.

On a violent day, Turkish fighter jets pounded rebels from the Kurdistan Workers Party, or PKK, after soldiers were fired on with heavy weaponry in Sirnak province, according to a military statement. Turkish soldiers also came under attack in two other incidents.

Meanwhile, NATO allies met in a rare emergency meeting at Turkey’s request and proclaimed “strong solidarity” with the country’s fight against the Islamic State group.

“The security of the alliance is indivisible,” ambassadors from all 28 NATO nations declared in a joint statement after the meeting.

But a NATO official said members also used the closed-door meeting to call on Turkey not to use excessive force in reaction to terror attacks, while urging it to continue peace efforts with representatives of the Kurdish minority. The official was not authorized to speak on the record and spoke on condition of anonymity.

The special session of the alliance’s main political decision-making body, the North Atlantic Council, was held at Turkey’s request under a clause of NATO’s founding treaty that empowers member countries to seek consultations if they believe their security, territorial integrity or political independence is at risk.

It was called after Turkish warplanes last week started striking targets in Syria in response to an Islamic State group suicide bombing in southern Turkey that left 32 people dead, and another IS attack on Turkish forces, which killed a soldier.

But in a series of cross-border strikes, Turkey has also targeted Kurdish fighters affiliated with forces battling IS in Syria and Iraq.

The Syrian Kurds have been among the most effective ground forces in the fight against IS and have been backed by U.S.-led airstrikes, but Turkey fears a revival of the Kurdish insurgency in pursuit of an independent state.

The spike in violence in recent days has prompted concerns that a promising peace process between Turkey and Kurdish rebels is falling beyond repair.

German diplomats said Tuesday it would be a mistake for Turkey to break off the peace process with the PKK now.

As the ambassadors were gathering at NATO headquarters, Turkish President Recep Tayyip Erdogan told a news conference in Ankara that it was impossible to advance a peace process with the Kurds as long as attacks on Turkey continue.

The Kurds are an ethnic group with their own language living in a region spanning present-day Turkey, Iraq, Syria, Iran and Armenia. The Kurdistan Workers’ Party, or PKK, has fought Turkey for autonomy for Kurds in a conflict that has claimed tens of thousands of lives since 1984.

In the past few days, the PKK has launched a number of attacks on Turkish security forces and Turkish jets have targeted both the PKK’s mountainous headquarters in Iraq and Kurdish fighters in a Syrian village, a Kurdish militia and an activist group said.