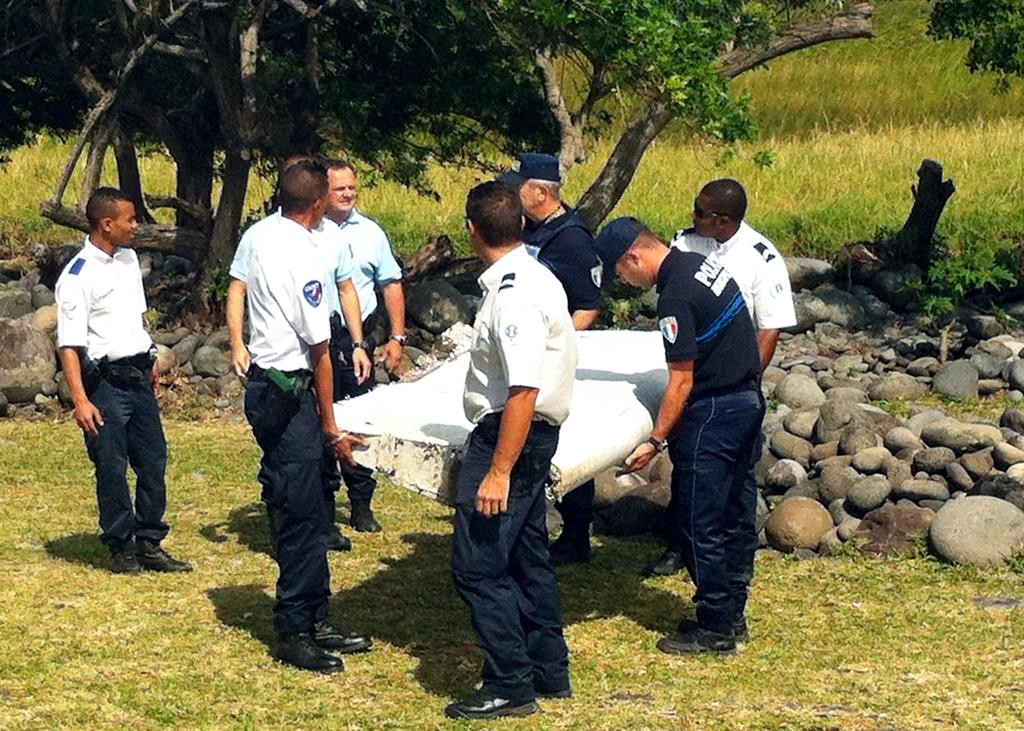 A French official close to the investigation confirmed Wednesday that French law enforcement is on site to examine a piece of airplane wing found on the French island of Reunion, in the western Indian Ocean. The U.S. and French officials spoke on condition that they not be named because they aren’t authorized to speak publicly.

No trace has been found of the Boeing 777, which disappeared in March last year carrying 239 passengers and crew from Kuala Lumpur, bound for Beijing, in what has become one of the greatest mysteries in aviation history.

Search efforts led by Australia have focused on a broad expanse of the southern Indian Ocean.