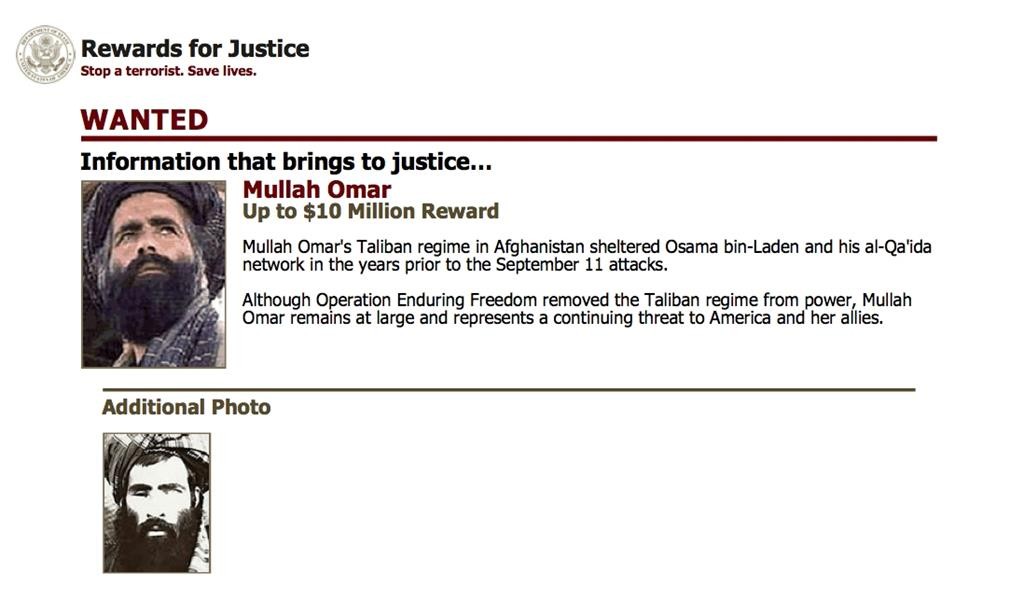 The one-eyed, secretive head of the Taliban hosted Osama Bin Laden’s al-Qaida in the years leading up to the Sept. 11 attacks and then waged a decade-long insurgency against U.S. troops after the 2001 invasion that ended Taliban rule.

He has not been seen in public since fleeing the invasion over the border into Pakistan.

Abdul Hassib Sediqi, the spokesman for Afghanistan’s National Directorate of Security, said Mullah Omar died in a hospital in the Pakistani city of Karachi in April 2013.

“We confirm officially that he is dead,” he told The Associated Press.

It was not immediately clear why his death was only being announced now. The Taliban could not immediately be reached for comment. Pakistan’s Foreign Ministry said it had no information about the announcement.

A former Taliban minister who was once close to Mullah Omar said he had died of tuberculosis and was “buried somewhere near the border on the Afghan side.” He spoke on condition of anonymity so as not to jeopardize his standing with the Taliban, who do not want individual members to speak to the media.

The White House said the reports of Mullah Omar’s death were credible and that the U.S. intelligence community is looking into them.