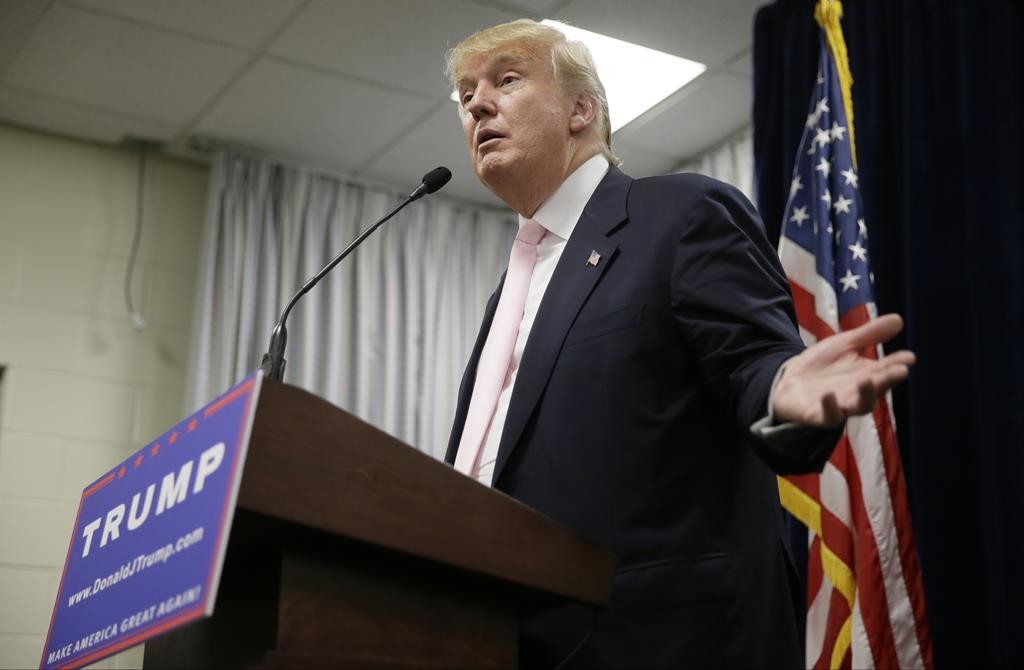 Donald Trump is running for president as a Republican, and he says that won’t change — so long as he’s “treated fairly.”

If not, the billionaire real-estate mogul and media star could mount a third-party run for the White House. It’s a prospect that’s stoking memories of Ross Perot, Ralph Nader and the chills their third-party campaigns gave to both Republicans and Democrats.

“If I’m treated fairly and I get a good, fair shot at this, and I’m not, you know, being sabotaged with all sorts of nonsense and a lot of phony ads … I would have no interest in doing that whatsoever,” Trump said on Fox News on Monday. “All I want to do is be treated fairly.”

And so while many in the GOP might like for Trump to just go away, there’s a fear that pushing him to do so is a risk.

To Republican pollster Frank Luntz, a third-party Trump campaign would mean, quite simply, “President Hillary Clinton.” Democratic strategist Maria Cardona, who is close to the Clinton campaign, agrees: “He’s the greatest gift we have.”

Polls this early are good at finding the flavor-of-the-month, less so at judging staying power. The almost universal expectation is that Trump will sink from his lofty poll heights as first-blush sensations have done in the past: Michele Bachmann and Rick Perry to name just two.

Yet the polls this time around are good for more than headlines: They will determine the 10 candidates who will attend the first debate on Aug. 6.

Trump is surely in. And as a billionaire who is paying for his campaign and not beholden to donors, he appears able to take his campaign through the primaries no matter how he performs in early contests. Or, to mount a hugely expensive third-party effort instead.

“It is a fool’s errand to try and predict Mr. Trump’s behavior,” said former Iowa Republican Chairman Matt Strawn. “That being said, Mr. Trump needs to be honest with Iowans, Iowa Republicans — if he is seeking the nomination exclusively as a Republican or if he’ll take his ball and go home if Iowa Republicans decide on someone else.”

The odds are heavily stacked against an independent becoming president. But those who try can change the dynamic of a race — and history.

In the incredibly close 2000 election, Nader won less than 3 percent of the popular vote and no states. But the liberal is widely considered to have tipped Florida and perhaps New Hampshire to Republican George W. Bush. Either state would have given Democrat Al Gore the presidency.

In 1992, Perot spent about $64 million of his fortune to get his name on ballots across the country, a struggle for anyone outside the two-party system. He won an impressive 19 percent of the popular vote, though no states, as Democrat Bill Clinton defeated the incumbent President George H.W. Bush.