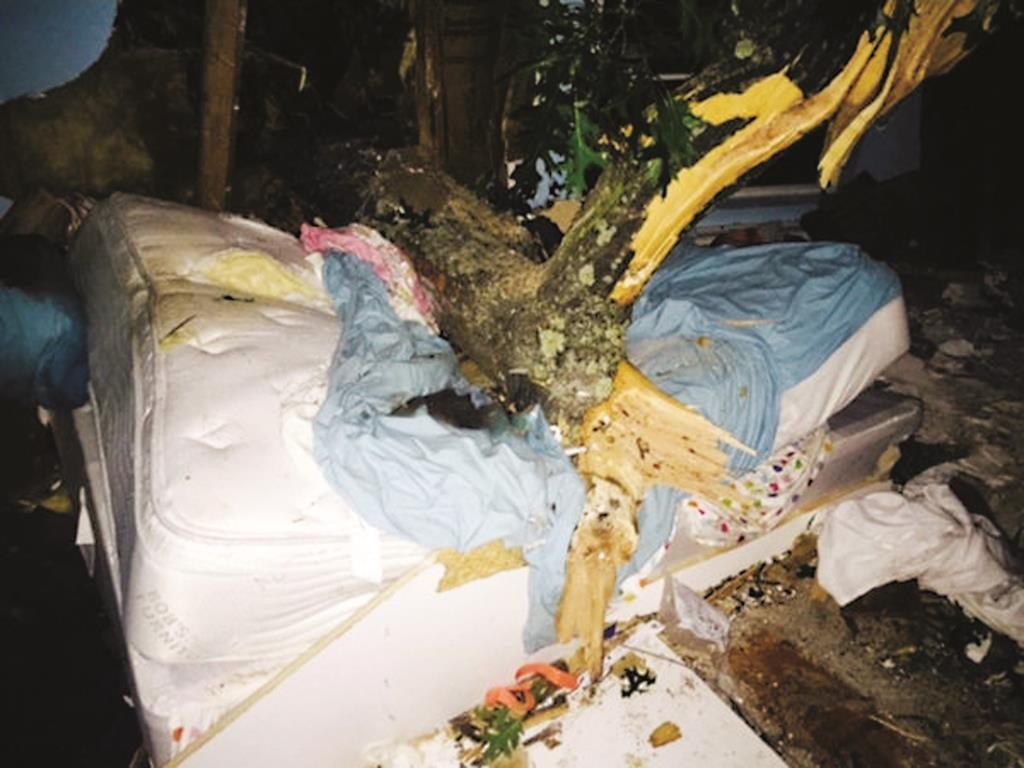 A Jewish woman sleeping at her Long Island home during a summer break from college was seriously injured early Monday morning when a 5,000-pound tree fell and crashed through the roof on top of her.

The life of the 20-year-old woman was likely saved because she was sleeping on her side, fire officials said, according to Pix11 News. Authorities did not release her name.

The large tree fell unexpectedly and collapsed into a second-story bedroom of the Great Neck house at about 12:30 a.m. There were light winds at the time and officials did not know what caused the collapse.

Police say she became entrapped by the tree and some debris that came to rest on top of her. It took two hours for first responders to free her before she was transported to a hospital. She suffered multiple trauma injuries and was listed in serious but stable condition. She was alert the entire time.

The girl’s grandmother told Pix11 that she was going to be fine.