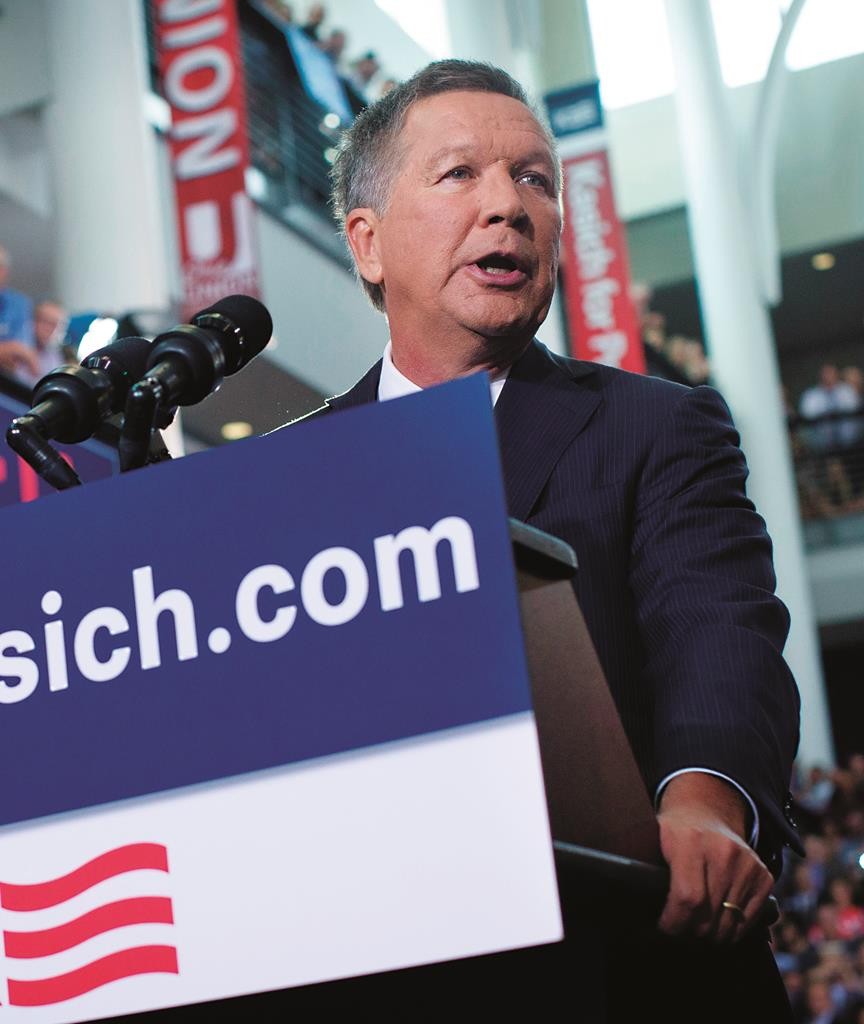 Saying “big ideas change the world,” Ohio Gov. John Kasich declared his candidacy for the Republican nomination Tuesday and pitched his well-rounded resume to voters who have a multitude of high achievers to size up.

Kasich, 63, launched his campaign at Ohio State University before a crowd of 2,000 at an event marking the entry of a strong-willed and sometimes abrasive governor in a nomination race now with 16 notable Republicans.

“I am here to ask you for your prayers, for your support, for your efforts because I have decided to run for president,” Kasich said in a scattered 43-minute speech packed with family anecdotes, historical references and calls for national renewal.

A veteran congressman as well as governor, Kasich is telling voters he is the only GOP candidate with experience in three broad areas of political leadership– the federal budget, national security and state government. He also spent nearly a decade at Lehman Brothers.

“I have the experience and the testing,” he said, “the testing which shapes you and prepares you for the most important job in the world and I believe I know how to work and help restore this great United States.”

As budget chairman in the House, he became an architect of a deal in 1997 that balanced the federal budget.

Now in his second term in swing-state Ohio, he’s helped erase a budget deficit projected at nearly $8 billion when he entered office, boost Ohio’s rainy-day fund to a historic high and seen private-sector employment rebound to its post-recession level.

Unions, which turned back an effort by Kasich and fellow Republicans to limit public workers’ collective bargaining rights, say Kasich’s successes have come at a cost to local governments and schools, and that new Ohio jobs lack the pay and benefits of the ones they replaced.

As a marching band kept up a spritely cadence before Kasich spoke, scores of demonstrators gathered across the street to protest his cuts to the budget and to school districts specifically, as well as his closing of centers for people with development disabilities.

His entry neatly rounds out an unusually diverse Republican lineup with two Hispanics, an African-American, one woman and several younger candidates alongside older white men. So many are running that it’s unclear whether Kasich will qualify for the GOP’s first debate in his home state in just two weeks, when only the top 10 candidates by national polling will be on stage.