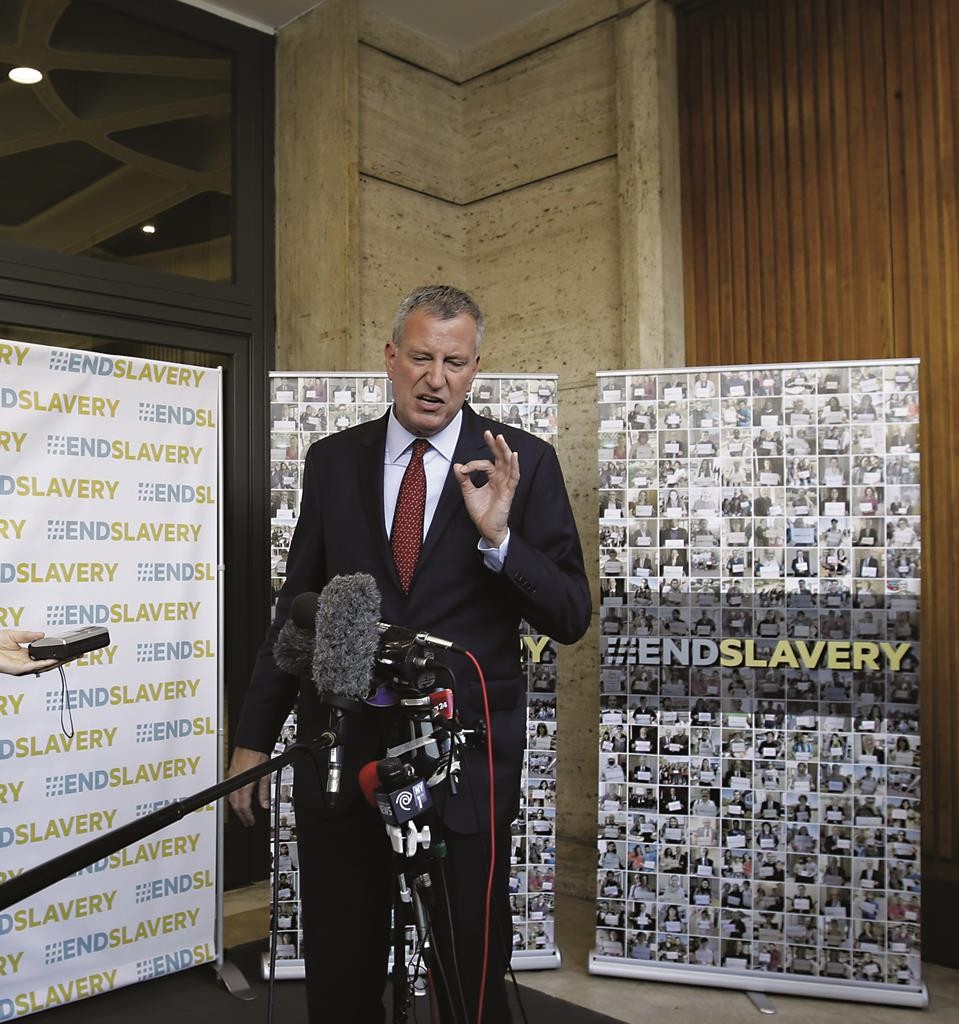 Mayor Bill de Blasio denounced the European Union on Tuesday for leaving Italy to deal with waves of immigration, saying the EU must come up with a Europe-wide immigration policy or stop pretending it’s a union.

“As a proud Italian-American, I am deeply troubled by the lack of action by the European Union and the way that Italy has been left to fend for itself very unfairly,” said De Blasio, whose grandparents emigrated from Italy to New York.

“Europe can’t decide to be unified some of the time and ignore important issues at other times,” he said. “And there needs to be a European Union policy that addresses the vast amount of immigration that is happening. It’s not fair to have Italy  shoulder so much of the burden.”

De Blasio was speaking on the sidelines of a Vatican conference of mayors on climate change and modern slavery.

During his Vatican speech, De Blasio announced that New York was committing to even more ambitious greenhouse gas emissions cuts than he had previously signed onto. He is a founding member of an alliance of cities that have committed to reducing emissions by 80 percent by 2050, but on Tuesday he announced a commitment to reduce them by 40 percent by 2030.

Asked if Wall Street was being cooperative in his sustainability push, de Blasio said he planned to engage the entire New York business community and said he was prepared to mandate New York buildings, for starters, to comply with the targets if they don’t do so voluntarily.

“My message is clear. We come in peace. We would like to do this cooperatively. If we see a lack of commitment we will mandate it,” he said.