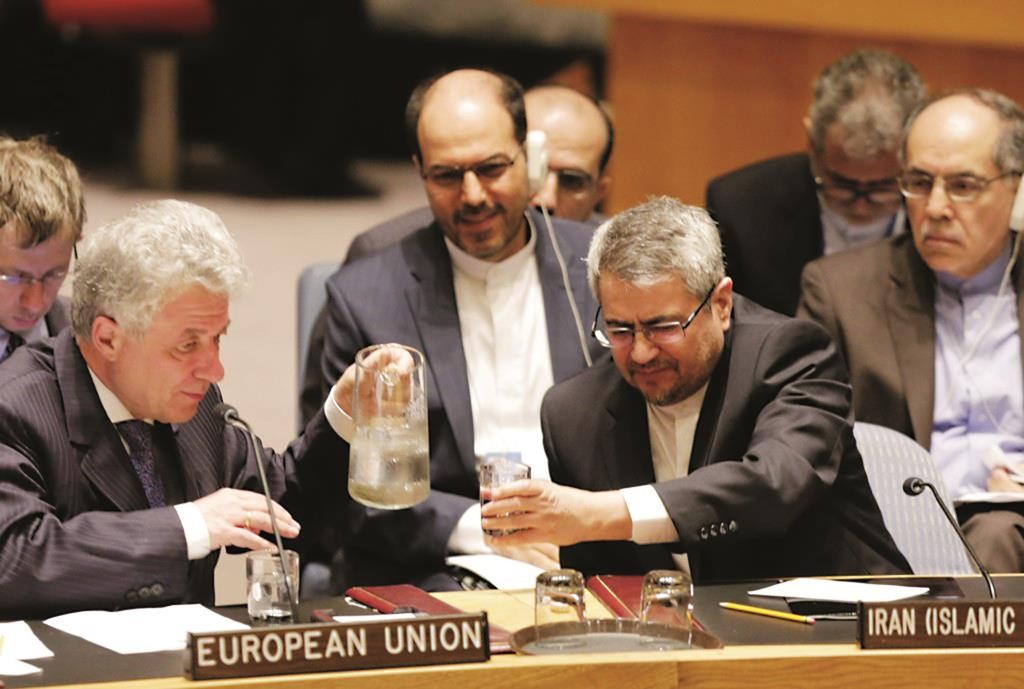 The 15-0 vote on the resolution was swift, coming just a couple of minutes after the members convened in the meeting hall. The resolution sets the stage for the phasing out of several U.N. sanctions resolutions passed since 2006, which included the freezing of assets and an arms embargo.

Some members of Congress had urged the United Nations to wait until U.S. lawmakers had considered the accord. A congressional vote is not expected until September, too long for Security Council members who have spent years trying to hammer out a deal to end the rancor over Iran’s nuclear program.

The U.S. ambassador to the U.N., Samantha Power, said the deal will not eliminate all of the United States’ concerns about Iran. She specifically mentioned the detention of three U.S. citizens in Iran: journalist Jason Rezaian; former U.S. Marine Amir Hekmati; and pastor Saeed Abedini. Power also noted a fourth American, Robert Levinson, who went missing in the region in 2007.

In addition to the five permanent Security Council members — Britain, China, Russia, the United States and France — Germany was part of the diplomatic bloc that worked on the accord.

Supporters of the deal say it would allow sanctions to be reinstated if Iran violated terms of the agreement. Critics, notably Israel and some American lawmakers, say it will empower Iran financially and militarily, adding to the Middle East’s volatility.

As speaker after speaker applauded the council’s endorsement, Iran’s U.N. representative delivered a grudging acceptance of the resolution, describing his country’s nuclear program as peaceful. Referring to the sanctions, Gholam Ali Khoshroo said: “They are grounded on nothing but baseless speculation and hearsay.”

But underscoring the divisions that remain, the U.N. representative from Israel, Ron Prosor, denounced the vote in a statement after the meeting.

“Today, you have awarded a great prize to the most dangerous country in the world,” he said, calling the deal “dangerous to the region, to the people of the region.”