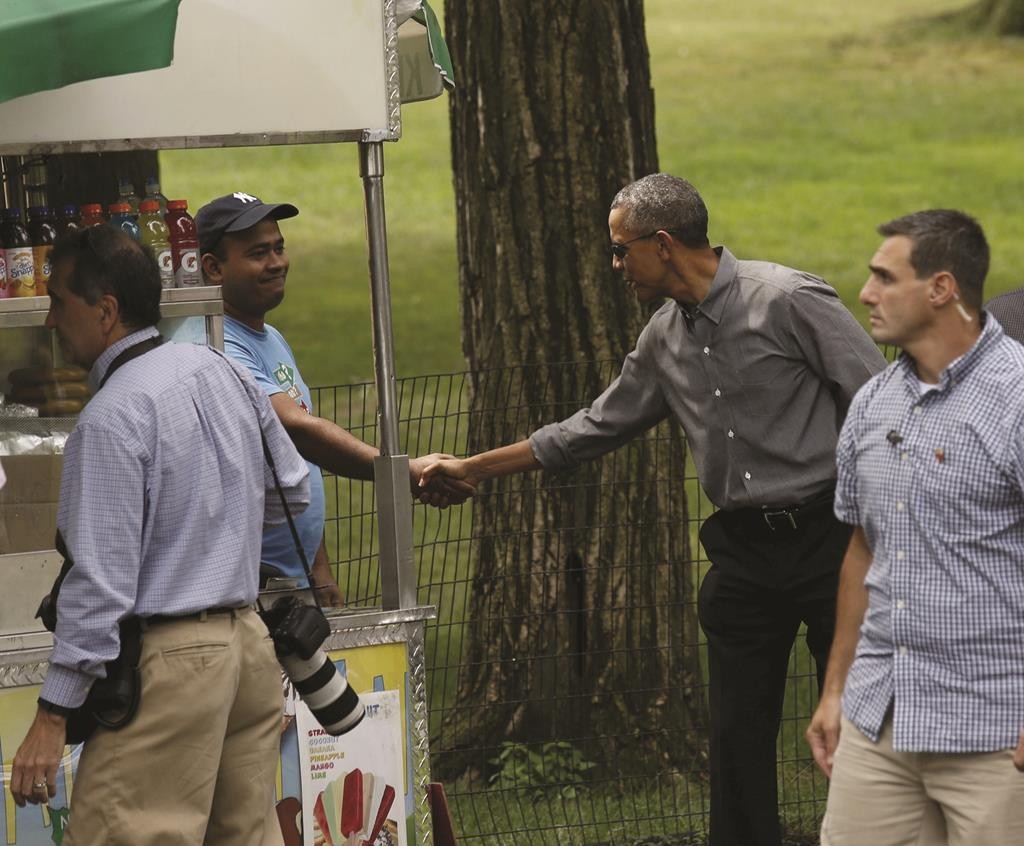 It’s inevitable: At some point, teenage kids just aren’t that into their parents anymore.

Parent Barack Obama, who happens to be president, set out to combat that trend by hanging out with his teenage girls on a New York overnighter. The trio, plus some of the girls’ friends, seemed intent on packing a lot into their 24 hours together in the city.

But no one was out of the hotel door too early on a rainy Saturday morning after zigzagging around Manhattan in dad’s motorcade into the wee hours on Friday night.

They finally emerged about 11:30 a.m., as the sun broke though, for a quick stroll through Central Park, joined by the president’s sister, Maya Soetoro-Ng and her husband, Konrad Ng.

A New York weekend was Obama’s idea. He often laments that his girls are less interested in spending time with him now that they are older. But the concept gets a little complicated, of course, when dad is the president.

Obama’s every move requires massive security precautions that tie the bustling streets of New York in knots, and he can attract throngs of onlookers in an instant.

Hearty cheers went up from the street corner late Friday as the Obamas left Carbone, where a crowd had massed when word spread that Obama was eating there.

This is not the ideal environment for father-daughter bonding. But after more than 6 1/2 years in the White House fishbowl, Malia, 17, and Sasha, 14, have adjusted to all the attention and they know how to carry on.

Sasha and two friends hopped aboard Air Force One for the trip to New York without even a hint that they had noticed the photographers pointed in their direction Friday. Malia was there to meet them in New York. She has been interning in Williamsburg this summer.