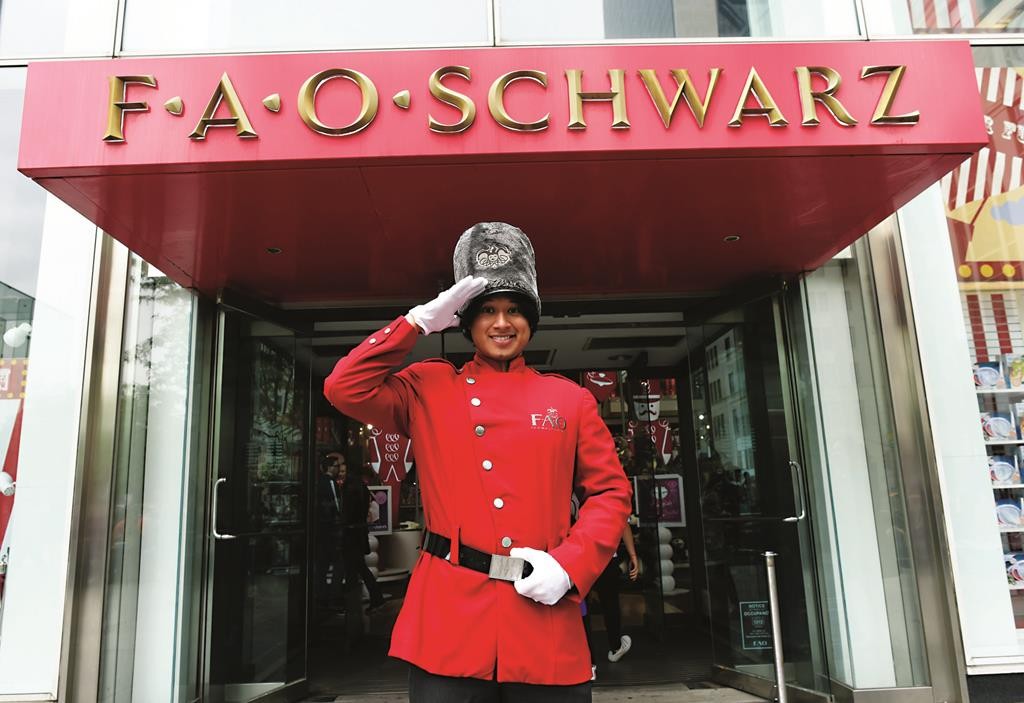 Multitudes of children wandered through the aisles on Wednesday, wide-eyed with delight at the giant stuffed animals and other toys, even as their parents winced at some of the price tags.

FAO Schwarz on Fifth Avenue, probably the best-known toy store in the world, closed its doors for good Wednesday night.

Owner Toys R Us announced the decision in May, citing the high and rising costs of running the 45,000-square-foot retail space on pricey Fifth Avenue. Though the flagship store is closing, it may reopen elsewhere in midtown Manhattan.

FAO Schwarz says it is the oldest toy store in the U.S., with a New York City location since 1870. The Fifth Avenue fixture included a candy store, personal shoppers and three levels of specialty toy departments.