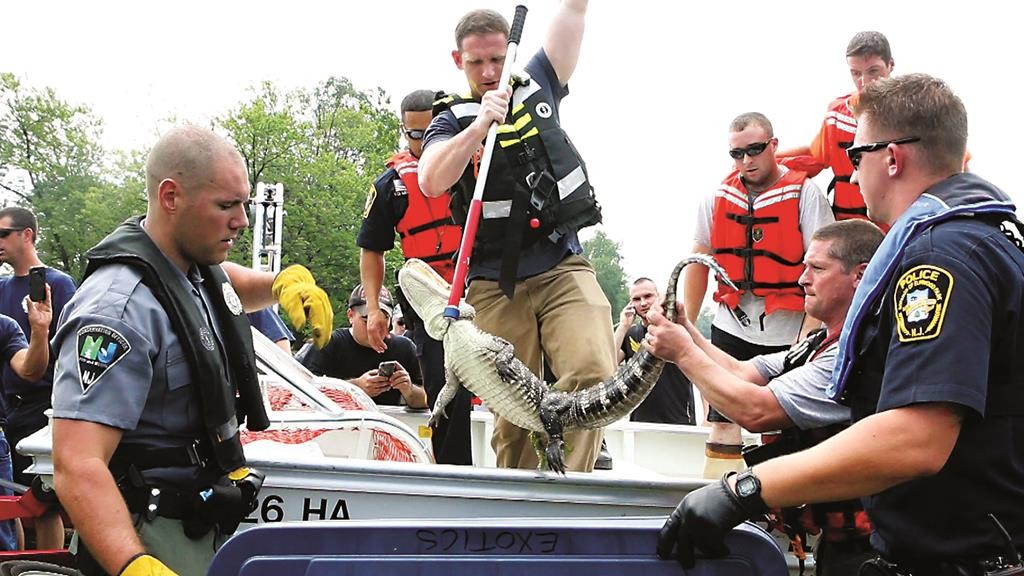 An alligator spotted in the Passaic River was captured Wednesday, and state wildlife officials are trying to figure out how it ended up there.

The alligator, about 5 feet long and 30 pounds, was caught in Elmwood Park a few hours after it was first spotted by a fisherman.

The gator was unharmed in the capture and appears to be in good condition. It was handed over to the state Fish and Wildlife Division, which will try to find it a home.

Police speculated that the alligator may have been someone’s pet that grew too big and was dumped in the river by its owner. Wildlife officials noted that finding an alligator there “is not a common occurrence.”

It is illegal to own alligator as pets or for hobby purposes in New Jersey.

Initial reports about the alligator sighting set off a frenzy of activity in the area, with police, fire and wildlife officials rushing to the scene along with dozens of residents who wanted to get a look at it.