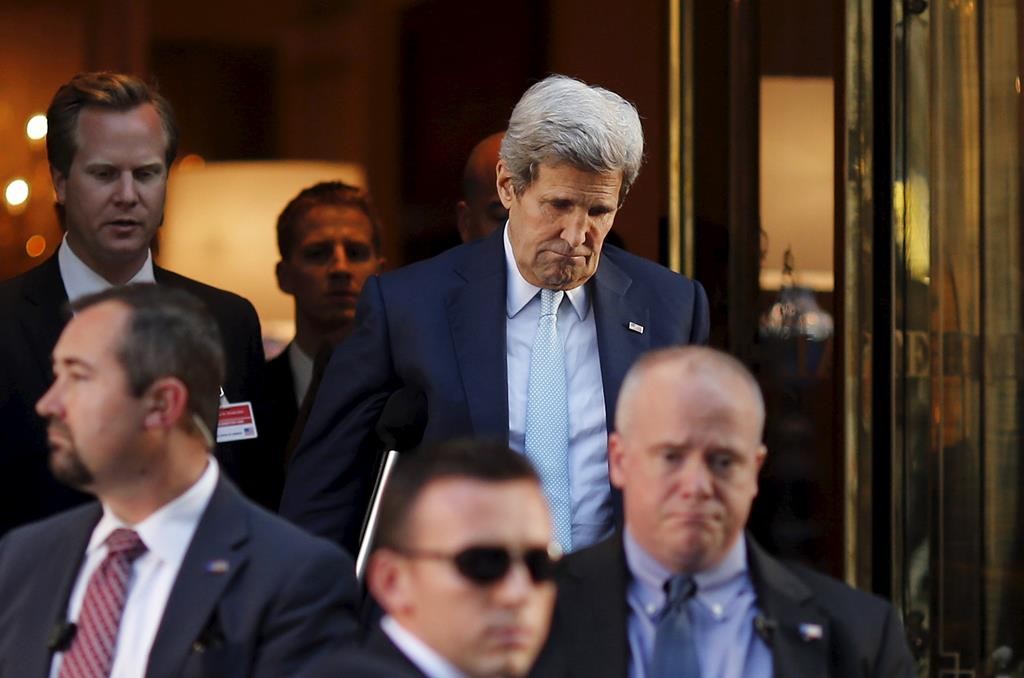 A dispute over U.N. sanctions on Iran’s ballistic missile program and a broader arms embargo were among issues holding up a nuclear deal between Tehran and six world powers on Monday, the day before their latest self-imposed deadline.

“The Iranians want the ballistic missile sanctions lifted. They say there is no reason to connect it with the nuclear issue, a view that is difficult to accept,” one Western official told Reuters. “There’s no appetite for that on our part.”

Iranian and other Western officials confirmed this view. The foreign ministers of the six powers — Britain, China, France, Germany, Russia and the United States — met on Monday with Iranian Foreign Minister Mohamed Javad Zarif, and were expected to meet again, to try to strike a deal by Tuesday night.

“The Western side insists that not only should it (Iran’s ballistic missile program) remain under sanctions, but that Iran should suspend its program as well,” an Iranian official said.

“But Iran is insisting on its rights and says all the sanctions, including on the ballistic missiles, should be lifted when the U.N. sanctions are lifted.”

Separately, a senior Iranian official told reporters in Vienna on condition of anonymity that Tehran wanted a United Nations arms embargo terminated as well. A senior Western diplomat said a removal was “out of the question”.

Meanwhile, an Iranian official told the semi-official Tasnim news agency that the talks could continue until July 9, echoing some Western diplomats. A White House spokesman in Washington said it was “certainly possible” the deadline could slip.

U.S. President Barack Obama must submit the deal to Congress by July 9 in order to get an accelerated 30-day review. If it is submitted later, the Republican-led Congress would have 60 days to review it, providing more time for the deal to unravel.