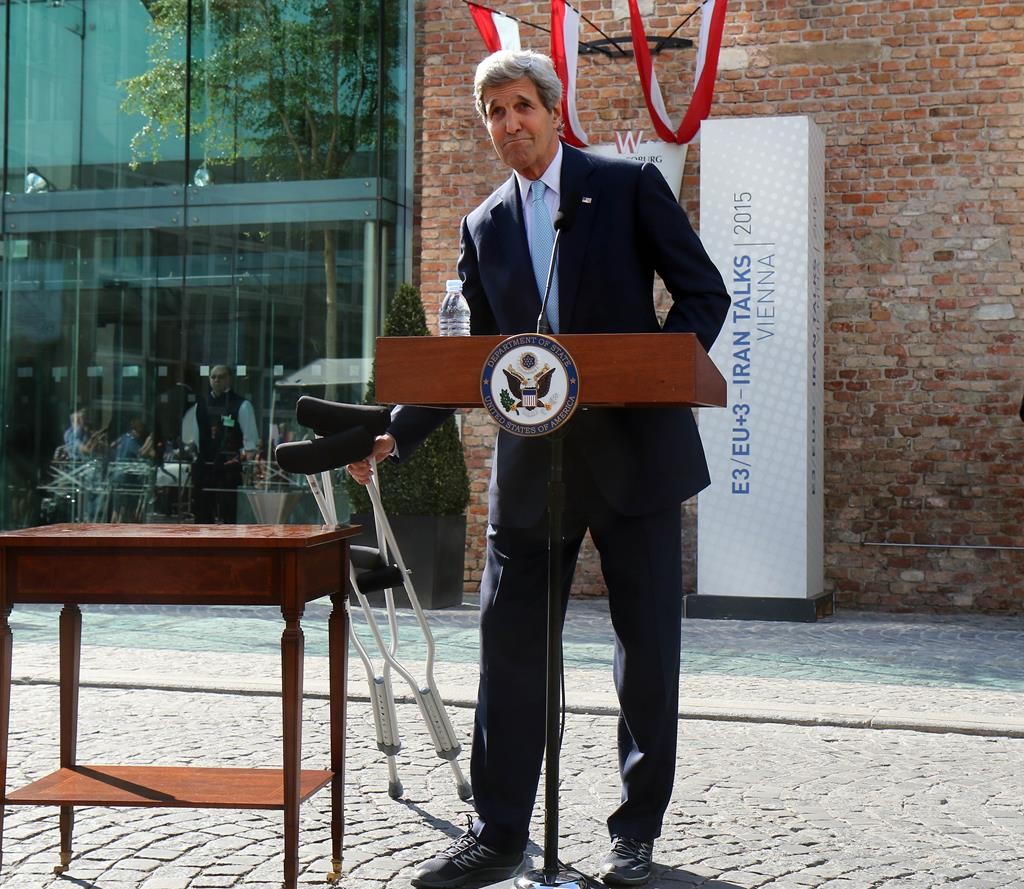 An Iranian nuclear agreement is possible this week if Iran makes the “hard choices” necessary, but if not, the United States remains ready to walk away from the negotiations, Secretary of State John Kerry said on Sunday.

Speaking after his third meeting of the day with Iranian Foreign Minister Mohammad Javad Zarif, Kerry said they had made “genuine progress” in talks over the last few days but “several of the most difficult issues” remain.

“If hard choices get made in the next couple of days, made quickly, we could get an agreement this week, but if they are not made we will not,” he said outside the hotel where talks between Iran, the United States and five other powers are being held.

Foreign ministers from Britain, China, France, Germany and Russia began arriving on Sunday evening as the major powers make a push to meet Tuesday’s deadline for a final agreement to end the 12-year-old dispute.

Kerry said negotiators were still aiming for that deadline, but other diplomats have said the talks could slip to July 9, the date by which the Obama administration must submit a deal to Congress in order to get an expedited, 30-day review.

President Barack Obama’s administration, which has been accused of making too many concessions, remains ready to abandon the talks, Kerry said.

“If we don’t have a deal and there is absolute intransigence and unwillingness to move on the things that are important for us, President Obama has always said we’re prepared to walk away,” he said.

The top U.S. and Iranian diplomats met for a sixth consecutive day on Sunday to try to resolve obstacles to a nuclear accord, including when Iran would get sanctions relief and what advanced research and development it may pursue.